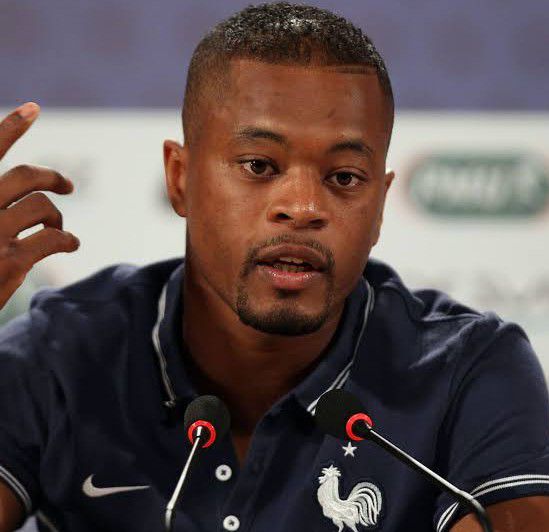 Former Manchester United left back Patrice Evra predicts Premier League matchday12 as Tottenham will taste another defeat according to him.

Arteta side are four points clear of Manchester City in second so will still be at the summit come Monday, but would love to keep that points buffer, or even extend it as they travel to Southampton.

Liverpool are back. It doesn’t matter if it was a difficult game against West Ham, Allison saved a great penalty.

But, I said that if Liverpool lose against Man City then their season is over, but if they win then suddenly people will start to fear them again.

I thought that if they lost against West Ham then the three points against Man City basically don’t count and they managed to win.

Darwin Nunez has officially arrived and is now scoring goals.

expect to stay in the Premier League. They are in big trouble.

Frank Lampard has had a difficult time with Everton of late losing the last three.

When we talk about Crystal Palace, they’re going to do a bit of everything –

Man City need to bounce back from the defeat against Liverpool and I think they’ll do that. They will beat Brighton.

I thought City were unlucky against Liverpool. For me, it wasn’t a foul and it proved that VAR doesn’t improve football, it’s making it worse.

This game will be exciting. We’ve got two great managers and I see it being a really open game because they’re both in very similar situations.

When Thomas Tuchel was at Chelsea everyone was saying that their season was becoming a disaster but with Graham Potter you can see it’s a learning process for them.

You can see that both Man United and Chelsea want to get back to the top but they have to be patient.

Ten Hag is used to the Premier League now and Chelsea are a different team under Potter so it’s a difficult game to predict, but I’ll go for a Man United win.

I’ll back Wolves in this one. I don’t see Leicester coming out of their situation.

I think Aston Villa will win this one. I can see them reacting well to their current situation.

Arsenal will win. They’ve built some good momentum and they know that they have to keep winning in the league.

We’re only early into the season but they’ve started the right way and they need to keep doing it.

I’ll go for Leeds in this one. I know Mitrovic returned from injury with a goal but they still drew (against Bournemouth) so I’ll back Leeds.

This will be an explosive game and Tottenham need to react well.

I am worried about Tottenham because they’re conceding so many goals so I’ll go for Newcastle to win.

I think West Ham are going in the right direction.

They’ll want to forget that result against Liverpool and get the three points so I’ll back West Ham.