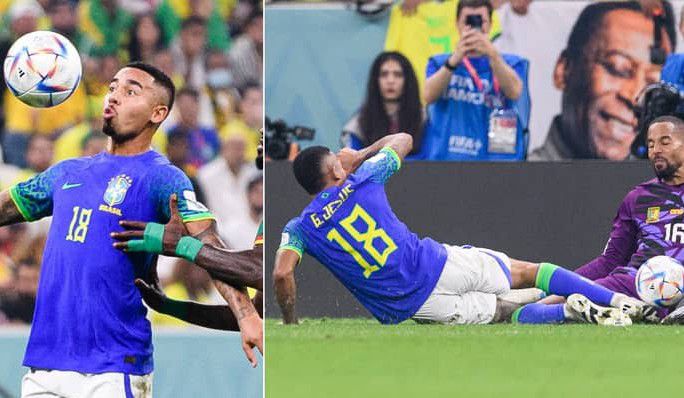 Paul Merson believes that his former club  Arsenal won’t finish in the top four, let along win the Premier League with Eddie Nketiah up top due to Gabriel Jesus injury.

There are fears the Brazilian could miss up to three months of action after undergoing surgery on a knee injury picked up during the World Cup.

The 25-year-old has been pivotal to the Gunners’ success this season, with his five goals and six assists propelling them to a five-point lead at the top of the table.

While Mikel Arteta has confirmed the Premier League leaders would be active in the upcoming January transfer window, it is a notoriously arduous month for buying clubs.

The Gunners are in talks with Shakhtar Donetsk over a potential move for Mykhaylo Mudryk, although the Ukrainian club are reluctant to sell the 21-year-old.

“They could go eight points clear if they beat West Ham before Manchester City play a game and you still wouldn’t fancy them to win the title without Gabriel Jesus.

“It’s hard because even though he doesn’t score an awful lot of goals, he is still so effective.

If he’s out for three months, I’d be shocked if they got in the top four. I just don’t see where the goals come from.

“Without being horrible, what Premier League team does Eddie Nketiah get in? Wolves are bottom for instance, they’re desperate for a goal and they wouldn’t go and get him.

“For me, it’s really worrying. This is no disrespect to Nketiah or the other players but Jesus gels everything together.

Nketiah might deliver for three games but I just don’t see him doing it for 10 or more matches.”