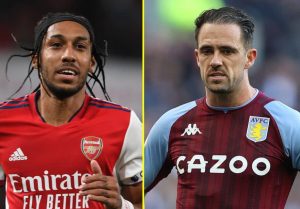 Former England and Manchester United defender Paul Parker gives us his weekend Premier League selections. He predicts home loose to Arsenal and also given his predictions for Chelsea vs Norwich, Brighton vs Man City and Man Utd vs Liverpool.

Arsenal will look to build on their 2-2 draw with Crystal Palace when they take on Aston Villa at the Emirates Stadium on Friday night.

face a Norwich side still looking for their first Premier League win this season.

Later in the day Manchester City will look to extend their Premier League unbeaten run to eight matches against Brighton.

On Sunday there is a heavyweight clash in store as Manchester United,

and their under-pressure manager Ole Gunnar Solskjaer host Liverpool in one of the biggest games of the season so far.

BELLOW ARE THE PARKER PREDICTIONS:

Villa have put in good performances in the bigger games.

And I think they’ve turned a corner and looked more of a team.

But, they haven’t really gone and finished people off.

Arsenal have taken a step forward in the right way.

Maybe that celebration from Alexandre Lacazette against Crystal Palace at the end was because things haven’t been going well for him.

He has been left out but when he came on he made a difference and showed more energy.

Pierre-Emerick Aubameyang scored a good goal, but when you talk about effort it’s just not there.

I’m going to go for another Friday night nightmare for Arsenal and go for a Villa win.

Norwich were the early favourites to go down and I think they will still remain as that team.

They do not have enough about them. They’re still chasing a win. I’d be really surprised if they went and got a win at Stamford Bridge.

Norwich would have to lift their game and Chelsea would really have go backwards.

Even without Timo Werner, not so much Romelu Lukaku because Werner’s pace would probably make a difference, Chelsea should win.

Brighton beat City at the end of last season [3-2].

But I remember City took their foot off the gas a little bit because they had the Champions League final shortly after that.

City are still on a bit of high after their result against Liverpool [a 2-2 draw at Anfield] and they’ve carried that on in the Champions League.

I have to go for an away win.

I’m hoping for a low scoring draw at best. Everything suggests that United are just not going to be able to do it.

But they’ve been in this position before and they need to roll their sleeves up and give everything.

If United saw anything from Liverpool’s game against Atletico we’ve seen the weakness is always going to be Trent Alexander-Arnold.

You saw on Liverpool‘s right-hand side Joao Felix fed Antoine Griezmann for a goal and you saw that Joe Gomez was brought on late to replace Alexander-Arnold.

Did Jurgen Klopp take Alexander-Arnold off to rest him or because he wanted the better defender?

It isn’t good when an established player at right-back you’re not sure about his defending.