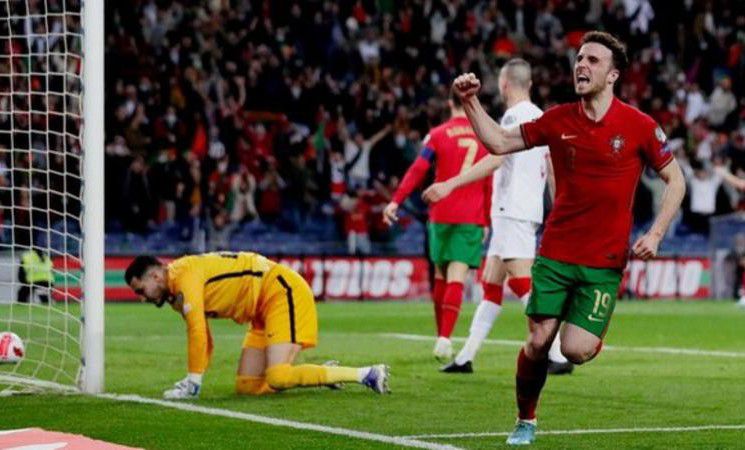 Portugal kept their hopes of reaching the 2022 World Cup alive as they beat Turkey after the visitors missed a late penalty in the play-off semi-final in Porto.

First-half goals from Otavio and Diogo Jota put the hosts in control at Estadio do Dragao and they looked to be cruising into the play-off final before Turkey responded.

Burak Yilmaz side-footed into the bottom corner with 25 minutes remaining to set up a nervy finish but then fired over the crossbar from the penalty spot.

Matheus Nunes added a third for Portugal in stoppage time to put the game beyond Turkey.

Fernando Santos’ side, denied automatic qualification from the group by Serbia,

will now face North Macedonia on Tuesday for the chance to book a place in Qatar.

Portugal were no doubt expecting to find Italy waiting for them in their play-off final,

“We won the first one and now we have to win the second.

That’s what we’re going to focus on.

“This game is over. Now we have to focus on North Macedonia, which will be a difficult game for sure.

If they managed to beat Italy that means it’s going to be very difficult.”