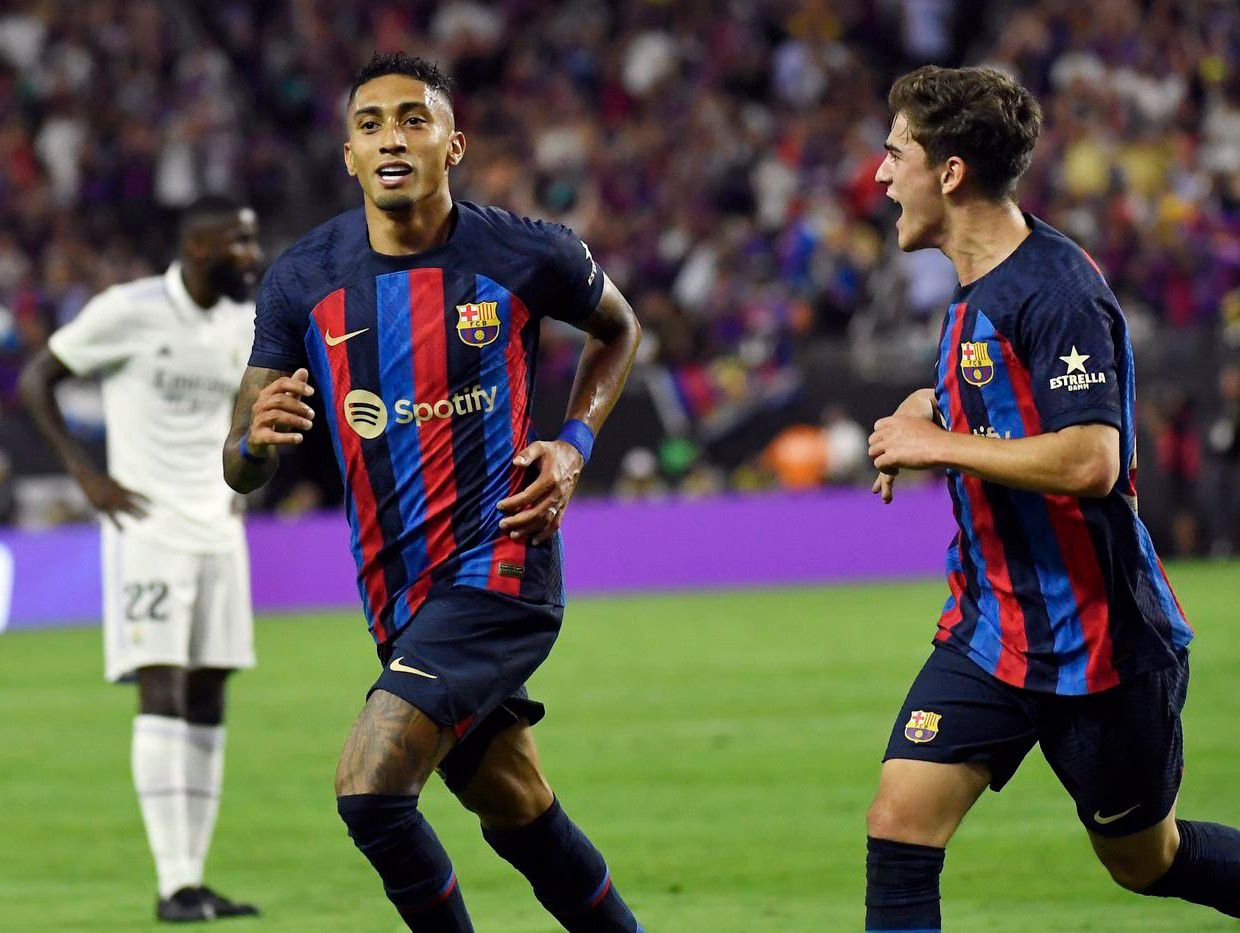 Barcelona remain undefeated in preseason and won their second straight game in the United States tour thanks to a narrow 1-0 victory over Real Madrid in Las Vegas.

The Blaugrana played a very good first half and came away with the victory thanks to a fantastic goal by Raphinha,

and the crowd at Allegiant Stadium was treated to an intense, physical and sometimes feisty El Clásico.

The first half was played at a very nice pace, with both teams showing great intensity and fighting for every inch on the pitch.

It was high-level football for a friendly played in very hot weather, and the first 45 minutes even had a little scuffle towards the end after some really physical play from both sides.

On the balance of play Barça were the better team, using possession more efficiently and moving the ball very fast from side to side.

Raphinha was once again involved in everything good Barça did, and despite going one-on-one

against one of the best defenders in the world in Antonio Rüdiger the Brazilian showed no fear and was a constant danger.

He also scored the lone goal of the half in sensational fashion after Éder Militão made a bad pass and gifted the Brazilian the ball in a great position,

and Raphinha fired a rocket into the top corner to fire Barça ahead.

The Blaugrana had more chances throughout the half, with Ansu Fati and Robert Lewandowski each missing a golden chance in front of goal.

themselves wide open for Barça counter-attacks, and the Blaugrana missed at least three very good chances to kill the game on the break.

No other goals were scored and the final whistle came to give Barça a narrow victory in a fun Clásico in Sin City.

The first half is what really matters and Barça looked impressive for most of it, and the new signings are already starting to look very comfortable.