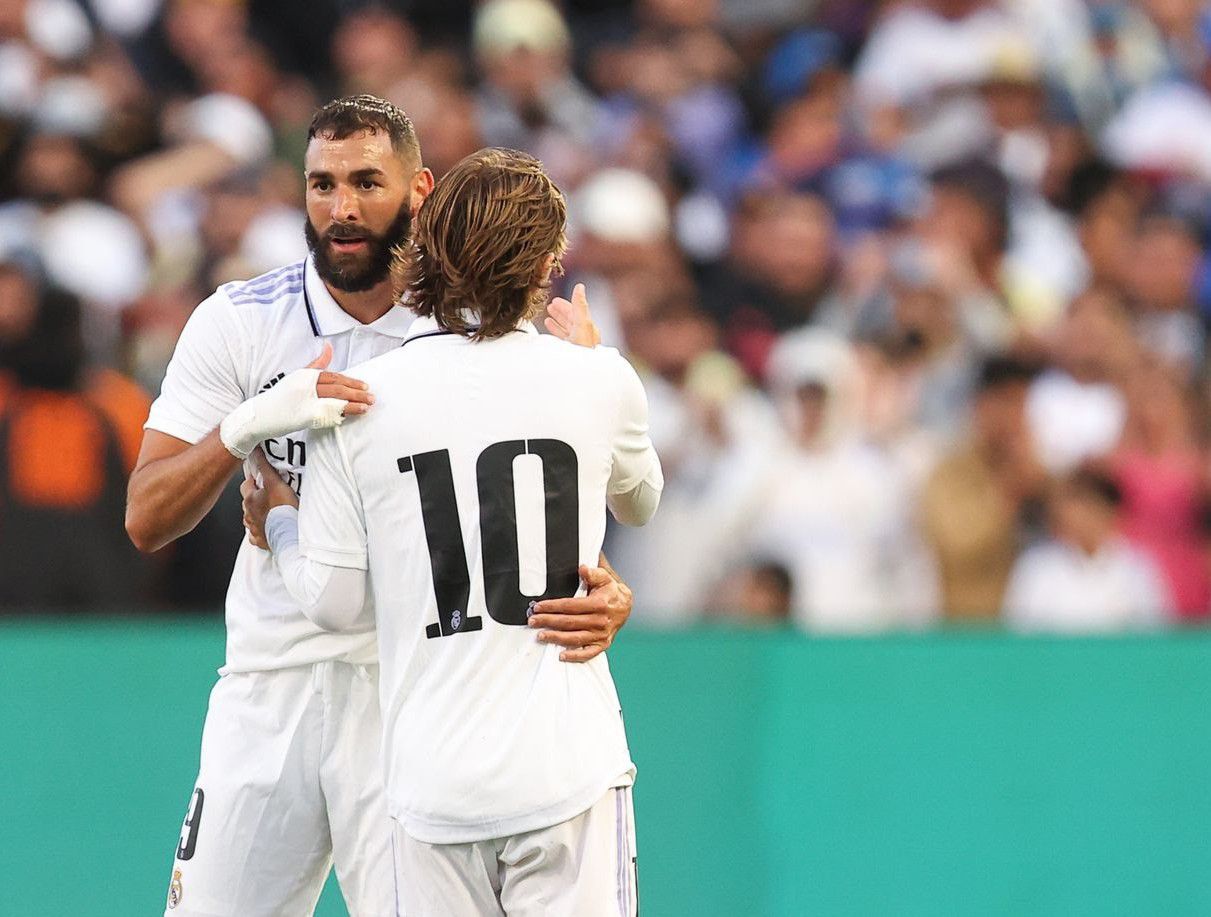 Real Madrid conclude their second pre-season game of 2022, drawing with Club America in front of a fun crowd at Oracle Park in San Francisco.

The atmosphere created by both sets of fans added a nice spark to the game, particularly as the game wore on in the second half and the sun began to set.

The two teams went into the half level at 1 – 1. Ancelotti made six changes at half-time,

and the introduction of a new midfield and attack sparked some fresh juice into the team’s build-up and aggressiveness.

Eduardo Camavinga led the new team out on the pitch, and was the focal point of Real Madrid’s energy and ball progression.

His touches sparked life into the crowd who thoroughly enjoyed his dribbling and passing.

Camavinga’s vertical pass to Eden Hazard fuelled an important sequence in the second half.

Hazard received the ball between the lines and played it out wide to Lucas Vazquez.

Vazquez was fouled, and Hazard converted the penalty:

Former Real Madrid player Alvaro Fidalgo, who came off the bench for Club America in the second half, scored the equalizer from the penalty spot.

Vinicius Tobias fouled Fidalgo in the box. Lunin initially saved Figaldo’s penalty and subsequent rebound, but given that he was way off his line,

the referee ordered the penalty to be retaken. Fidalgo converted on the second try:

Next up: The third and final pre-season game, vs Juventus in Los Angeles.