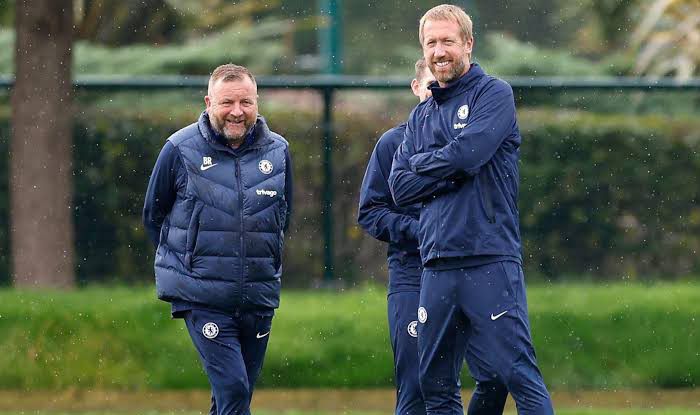 Potter’s side drew 1-1 against Red Bull Salzburg in their opening game after Raheem Sterling’s opener was cancelled out by Noah Okafor.

The result showed the task that Potter must get to grips with quickly in an effort to turn around the Blues’ form after a tough start to the season.

Chelsea need to start picking up points and closing the gap to Arsenal and Manchester City at the top of the table as Potter has some key team selection decisions to make after the international break.

Here is Chelsea next five games with their rivals Arsenal, Tottenham, Manchester City And Manchester United

Graham Potter’s first Premier League game in charge of Chelsea will be a London derby away against Crystal Palace.

Patrick Vieira’s side have won just one of their opening six games this season but still have the players available to cause the Blues problems.

Wilfried Zaha has scored four goals in five appearances so far this term and is Palace’s main danger in attack.

Chelsea will need to be solid at the back and fluid in attack if they are to get a positive result against the Eagles.

Wolves pose a similar proposition to Chelsea after Bruno Lage’s side have also won just once in their opening seven fixtures.

Ex-Blues striker Diego Costa could be in line to start against his former side and may come back to haunt them in Potter’s first Premier League home game in charge.

Chelsea drew 2-2 in the same fixture last season as a quick-fire double from Romelu Lukaku was cancelled out with two late goals from the visitors.

Villa have turned their form around of late after a poor start to the season and again pose a tricky test for Potter’s side.

Potter has been given plenty of time to work with his new players on the training pitch to help aid the settling in and adaptation period.

Brentford have already picked up a 4-0 win against Manchester United this season and star striker Ivan Toney is always going to be a key threat.

The Blues won’t be able to afford any mistakes against the Bees but a second away game just days after their trip to Villa could prove to be a difficult test for Chelsea.

The atmosphere will be electric and the Blues will be hoping to feed off that and pick up a statement win after Erik ten Hag’s side have also turned a corner of late.

Last season this fixture ended as a 1-1 draw after Jorginho scored a penalty to cancel out Jadon Sancho’s opener for the visitors.

Chelsea will be hoping to close the gap at the top of the table with a run of good results and pick up a minimum of 13 points from 15 available.