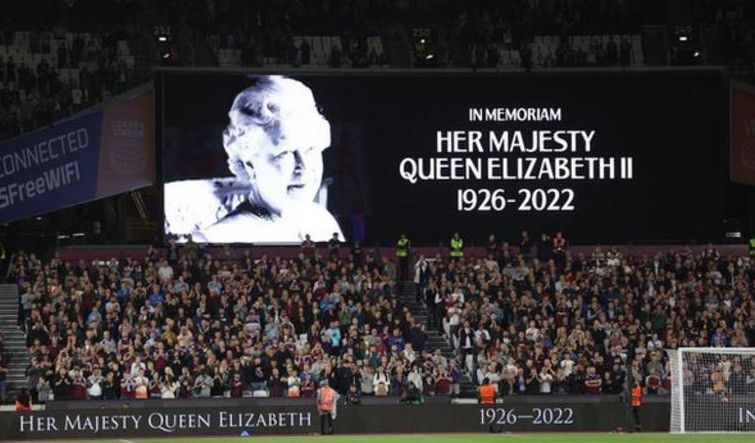 The last set of fixtures were postponed as a mark of respect following the death of Britain’s longest-reigning Monarch.

England’s top flight intends to pay tribute to “her extraordinary life and contribution to the nation and world”.

Players and officials will wear black armbands during games between Friday 16 and Sunday 18 September.

Teams will gather around the centre-circle before kick-off, with supporters being asked to take part in a minute’s silence.

The moment of reflection will be followed by the National Anthem.

Stadia will display images of The Queen on their big screens, while flags will be flown at half mast.

Fans are also being asked to applaud Her Majesty’s 70-year-reign when the clock strikes 70 minutes.

Manchester United, Arsenal and West Ham all played in the Europa League on the evening of The Queen’s death and observed a minute’s silence.

There have been further tributes across sport, with England’s cricketers, golfers at the BMW PGA Championship and drivers at the Italian Grand Prix falling silent last weekend.

The weekend’s action begins with a double-header on Friday night, with Aston Villa hosting Southampton and Nottingham Forest playing Fulham.

Due to a lack of policing resources because of events linked to The Queen’s passing, and the build-up to her funeral on Monday, two games have been postponed.

Manchester United’s clash with rivals Leeds and Chelsea against Liverpool will be played at a later date.