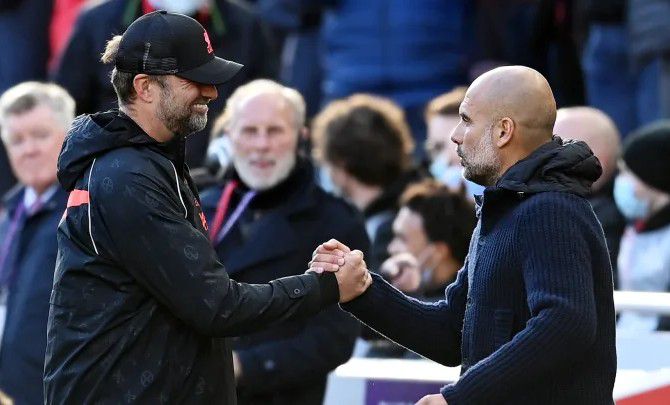 All everyone is talking about ahead of matchday 32 in the Premier League is the potential title decider between Manchester City and Liverpool.

However, before that huge game brings the curtain down on another weekend of action,

there is plenty of other fascinating matches to enjoy.

There is a pair of relegation dogfights, a London derby and so much more.

After seemingly turning their season around under Eddie Howe, the Magpies have been struggling more recently.

Meanwhile, Wolves remain in the hunt for the top six, but a lack of consistency could prove their downfall in the North East.

Everton and Manchester United are two proud stalwarts of the English game, but both clubs have endured fairly disastrous seasons.

The Toffees are in dire need of a result here, yet 90min can’t see it happening in front of an expectant Goodison Park crowd – even if United are missing a few big names.

Arsenal will be hoping to bounce straight back from their damaging defeat to Crystal Palace this weekend when they host Brighton.

The Seagulls are in dire form too, which should be enough to ensure that Mikel Arteta’s side secure a vital three points.

Southampton have blown hot and cold all season, and Thomas Tuchel was keen to warn his troops about how threatening Saints can be – especially at home.

Chelsea should still win but it won’t be easy.

Watford host Leeds in a relegation six-pointer this weekend.

Victory here for the Hornets could move them level on points with 17th-placed Everton,

depending on how the Toffees get on in their game.

Meanwhile, Leeds will be looking to move further away from danger by avoiding defeat in a fourth straight match.

Tottenham seem to be clicking into gear at just the right time this season, and they begin the gameweek above rivals Arsenal in fourth on goal difference.

Their opponents on Saturday evening, Aston Villa, have nothing to play for and Spurs should be able to get the job done with their added incentive.

– comes immediately after West Ham secured a valuable 1-1 draw against Lyon on Thursday night, despite being reduced to 10 men.

Brentford’s relegation fears have been eased in recent weeks, mainly thanks to Ivan Toney and Christian Eriksen.

However, beating the resolute Hammers could be a step too far.

Crystal Palace continue to defy their pre-season expectations, blowing Arsenal away in their last fixture 3-0.

Next on their to-do list is Leicester, who have been buoyed by the returns of Wesley Fofana and Jonny Evans in recent weeks.

They even got a clean sheet on Thursday night, and should secure a point here.

In the second relegation six-pointer of the weekend,

Burnley make the trip down to Carrow Road to take on Norwich in front of the television cameras.

Defeat here for the Canaries would all but rubber-stamp their demotion to the second-tier and Burnley will be full of confidence,

having defeated Everton 3-2 in midweek. Away win for us.

Rightfully topping the bill this week is Man City vs Liverpool.

Both starting XIs are close to invincible, so this one will be settled by the thinnest of margins – potentially in Pep’s favour.