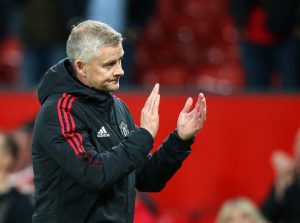 The Premier League season is well underway and that means that clubs are starting to get an idea of how they stack up against their rivals.

Sacking managers has become a key part of life in the professional game as clubs lean towards a ‘grass is greener’ approach to on-field matters.

The Manchester United boss has endured a mixed start to the season.

But came under real scrutiny following their 5-0 home defeat against arch-rivals Liverpool at Old Trafford.

As a result the Norwegian is now 1/4 on to be the next manager to leave his post, on Sky Bet.

Daniel Farke is next on the list following Norwich City’s 7-0 defeat to Chelsea at Stamford Bridge.

The Canaries look like dead-certs to suffer relegation and that has put Daniel Farke at 9/2 to be the next boss out of the door.

A positive result for Claudio Ranieri and Watford have seen his odds become more favourable.

However a defeat for Aston Villa against Arsenal has seen Dean Smith come into the firing line.

Ahead of Ranieri, Smith is now 8/1 to be the next boss to leave, according to Sky Bet.

Marcelo Bielsa is also on the list after a slow start with Leeds United, while Tottenham boss Nuno Espirito Santo is also a serious contender.

Nuno is among the front runners after a rocky start to life in North London with Sunday’s defeat to West Ham ramping up the pressure on his shoulders.

At the other end of the list are Liverpool boss Jurgen Klopp, Chelsea’s Thomas Tuchel, Brentford’s Thomas Frank and Manchester City gaffer Pep Guardiola who are near-certainties to keep hold of their prestigious roles.