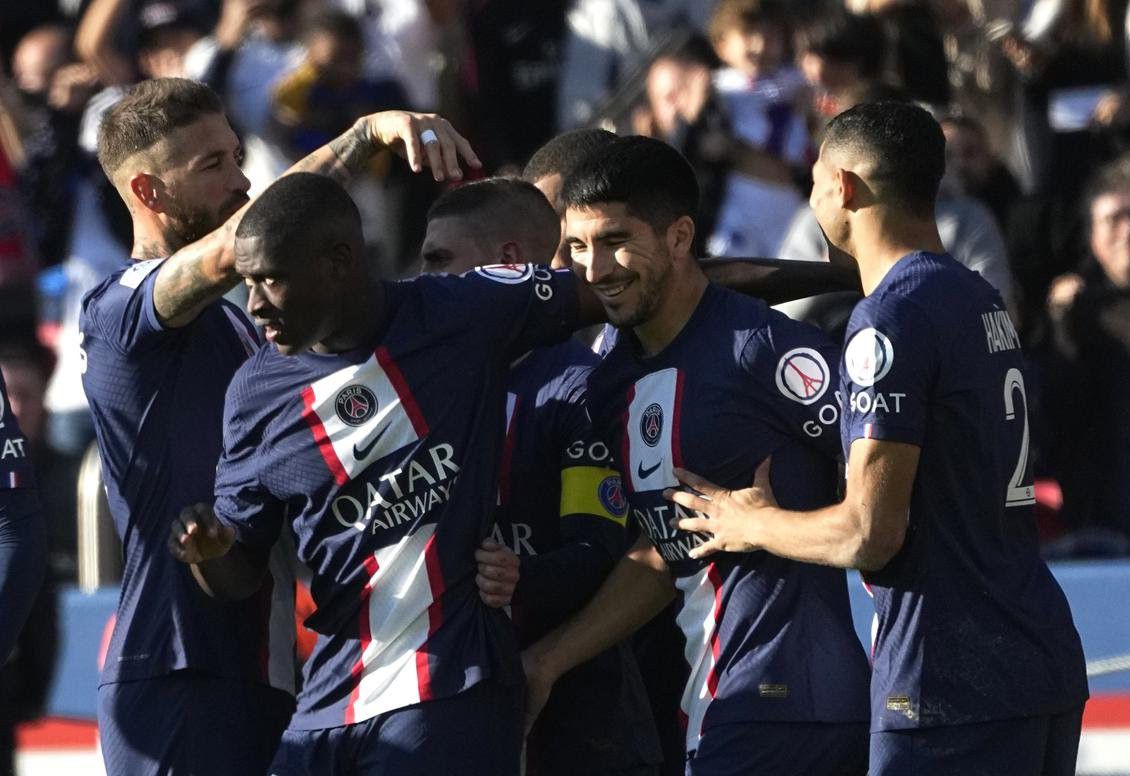 PSG signed off ahead of the break for the Qatar World Cup with a routine 5-0 win over Auxerre at the Parc des Princes.

Their opening goal had a touch of controversy about it.

Kylian Mbappe turned in Nuno Mendes’ cross, but Neymar clearly handled the ball in the build-up.

The VAR review eventually determined that the handball had occurred in a previous phase of play, and the goal was allowed to stand.

There was nothing controversial about their second goal.

Shortly after half-time, Mendes dribbled through half of the Auxerre defence on the left before clipping a ball into the box.

Carlos Soler was there to nod it past Benoit Costil and double the Parisians’ lead.

Six minutes later, the match was put beyond doubt when Achraf Hakimi showed off his extreme pace to turn an Auxerre corner into a PSG goal.

The Moroccan raced away as PSG cleared the corner, and no defender was anywhere near him when he slipped his shot past Costil.

Ekitike rounded the keeper but couldn’t find the angle to shoot, instead pulling it back for his Portuguese teammate to score.

Ekitike added a goal of his own shortly afterwards, pouncing on a loose ball in the Auxerre box to score.