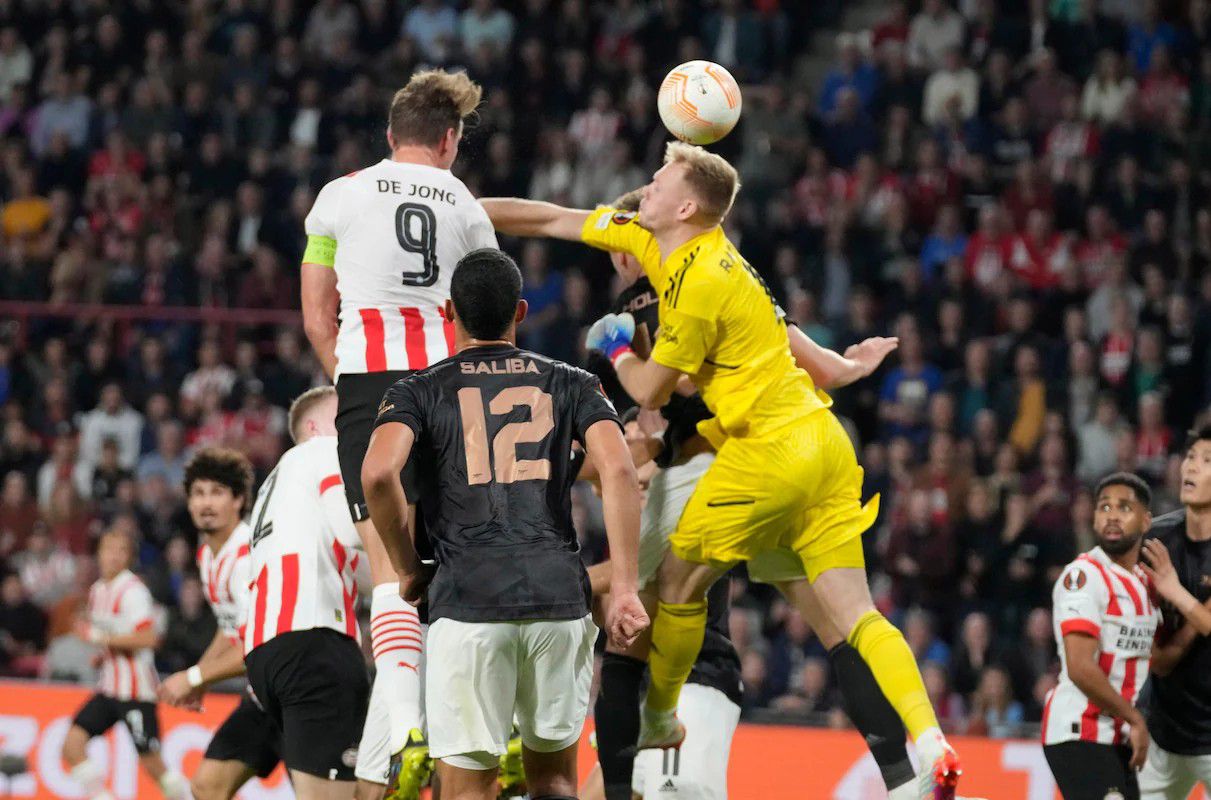 Arsenal missed a chance to seal top spot in Europa League Group A as they lost by 2-0 to PSV Eindhoven in the Netherlands.

PSV win means Arsenal will have to wait until their final game to try and clinch top spot in Group A.

Mikel Arteta’s side are two points above PSV going into the final round of matches, so they’ll need a win to be sure of finishing first when they face FC Zurich next week.

after a mistake by keeper Aaron Ramsdale on his European debut – saw Mikel Arteta’s side lose in Europe for the first time this season.

The Gunners need to beat Zurich in their final group game next Thursday at Emirates Stadium (20:00 GMT) to guarantee a place in the last 16.

If they fail to win and PSV beat Bodo/Glimt in Norway, Arsenal will face two extra games in the knockout round playoffs,

where teams that finish third in the Champions League group stage, including Barcelona, drop into.