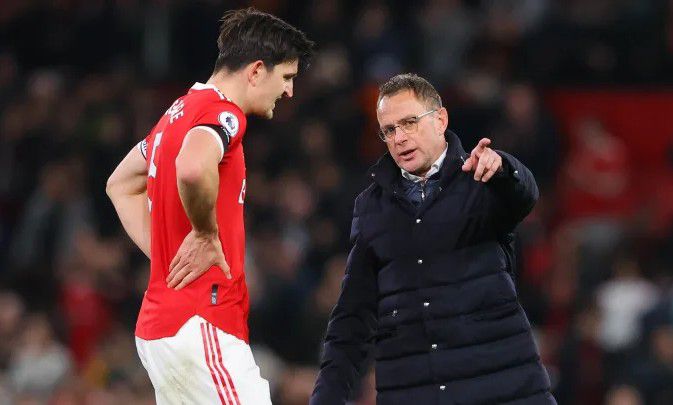 Red Devil’s interim coach Ralf Rangnick has insisted that he has no regrets over swapping his director role at Lokomotiv Moscow for the interim manager role at Manchester United.

Ole Gunnar Solskjaer, with the Red Devils heading into Saturday’s meeting with Norwich on a run of three wins in their last 12 games.

top-four finish in the Premier League, Rangnick was asked whether he would have turned down the job in hindsight,

but he stressed that he wouldn’t hesitate to accept if he had the chance again.

“No, no regrets whatsoever, I would do it over and over again.

I don’t regret that at all as a manager.

You always have to question and ask yourself what you could have done better,

if I could have played with a different formation in certain games, if a substitution could have been done earlier.

“This is what always happens, we always question ourselves, what we could have done better.

“I think we are all aware it’s not an easy squad, the whole situation was not easy or I would not be sitting here and Ole would probably still be here.

Again, I think we have shown in the past couple of months we were able to raise the level but not in the same sustainable way that I would have wished.

That’s the reason I’m not happy at all with what we’ve done and achieved so far.”

Aside from on-field issues, Rangnick has also had to contend with protests from manchester United supporters towards the club owners, the Glazer family.

A group of fans are expected to remain outside Old Trafford for the first 17 minutes of the Norwich game – one for every year of the Glazers’ ownership.

“The support of the fans has been massive, no matter if it’s home or away,”

“So far we haven’t had that situation where they turned their emotions against the team.

I can understand it, it’s a game of passion and emotion.

“I don’t know what they have on their mind but I’ve heard they want to come 17 minutes late for 17 years.

Even if they do that then after those 17 minutes hopefully they’re still backing the team and getting behind us.

“But how much they do that depends on what we show on the pitch so it’s a game of give and take.

We cannot expect them just to support us no matter what’s on the pitch.”