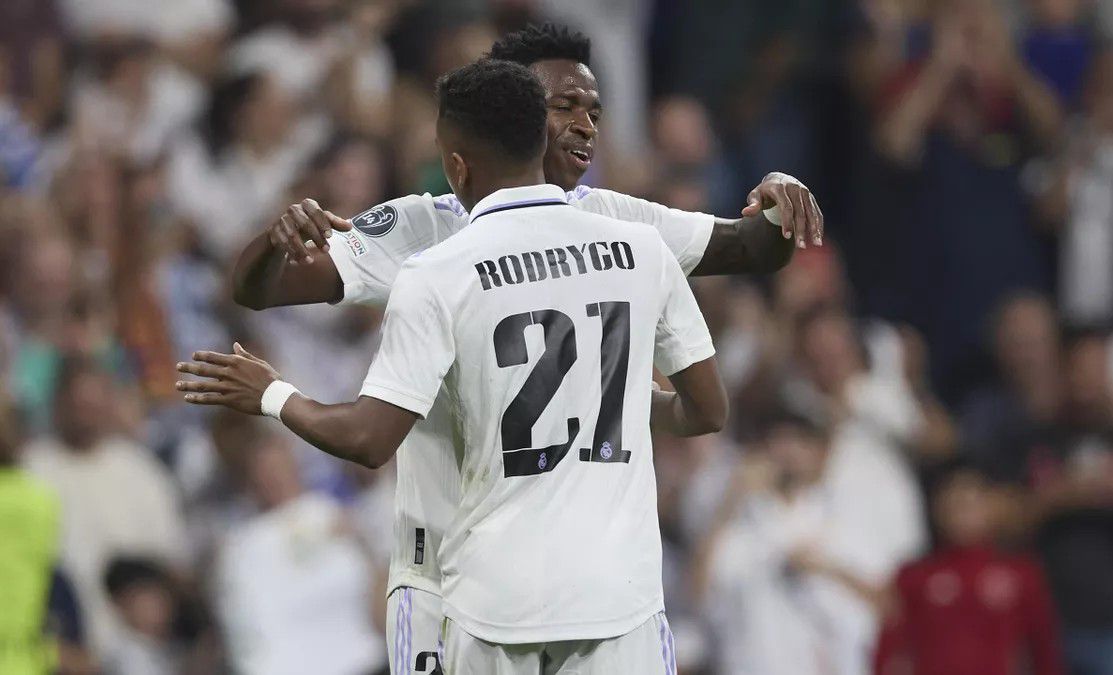 Real Madrid have extended their perfect start in the Champions League with a 2-1 win against Shakhtar Donetsk at the Bernabeu.

Carlo Ancelotti’s side came into this match top of Group F with two wins from two, having beaten Celtic and RB Leipzig by an aggregate scoreline of 5-0.

Shakhtar had already done enough to suggest they could be potentially tricky opponents,

however, thrashing RB Leipzig 4-1 and drawing 1-1 with Celtic, this despite their squad being weakened considerably over the summer after FIFA’s ruling that foreign players could suspend their contracts with Ukrainian clubs owing to Russia’s invasion.

Real made a dominant start to the game, Karim Benzema denied by a last-gasp intervention from Shakhtar defender Mykola Matviyenko

before Federico Valverde fired straight at Anatoliy Trubin in goal. With 13 minutes on the clock they had their opener,

Rodrygo finding a pocket of space between the lines and, having briefly lost the ball to Taras Stepanenko only to win it back again, scoring from just outside the box without breaking his stride.

Shakhtar looked shaken, with Trubin sending a clearance straight to Dani Carvajal only to be bailed out by his defenders.

He partly redeemed himself by keeping out Benzema, but was helpless to stop Vinicius Junior when he scored Real’s second soon afterwards.

It was a beautiful team goal, starting when Benzema dropped deep to link with Valverde.

The Uruguayan midfielder picked out Rodrygo ahead of him, he played a neat one-two with Benzema and then, with Shakhtar defenders

converging, the Brazilian threaded through Vinicius who lashed into the far corner.

Bohdan Mykhaylichenko charged up the left flank and whipped a cross which fell for Oleksandr Zubkov, who leapt up into the air and thundered an acrobatic volley past Real goalkeeper Andriy Lunin.

Benzema almost scored immediately after the restart only to see his shot deflected narrowly wide, before Mykhaylo Mudryk went close to an equaliser.

Only a last-ditch challenge from Ferland Mendy stopped him from rounding Lunin and rolling the ball into an empty net.

Shakhtar had another good chance to level the scores late on, Yukhym Konoplia fluffing his lines after finding himself unmarked at the back post.

That set up a nervy last 10 minutes for the hosts, but they held on – with Marco Asensio hitting the post right at the end – to extend their lead at the top of the group.