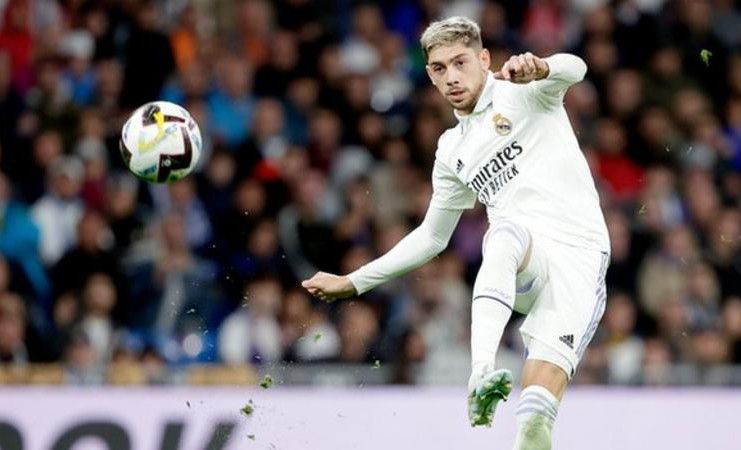 Real Madrid claimed 3 important point as they defeat Sevilla by 3-1.

Real’s were set to drop points for only the second time this season before substitute Lucas Vazquez and Fede Valverde secured victory.

Luka Modric tapped in an early opener for the hosts before Sevilla’s Erik Lamela slid in a second-half equaliser.

Second-placed Barca, who lost at the Bernabeu last weekend, can narrow the gap when they play Athletic Bilbao at the Nou Camp on Sunday.

The Catalan club might have thought they could get even closer to their rivals with 10 minutes left at the Bernabeu on Saturday.

But a triple substitution from Carlo Ancelotti proved inspired and enabled Los Blancos to earn their 10th win in 11 La Liga games this season.

Moments after coming on, Marco Asensio started the move which fellow newcomer Vazquez slotted in for the second.

That lifted the Madrid players and the home crowd, with the renewed confidence illustrated by Uruguay midfielder Valverde slamming an angled drive past Sevilla keeper Bono.

The visitors have endured a disappointing season so far, but this was the first defeat for newly-installed boss Jorge Sampaoli in his fifth game since replacing Julen Lopetegui.

It leaves Sevilla in 14th place, two points above the relegation zone.