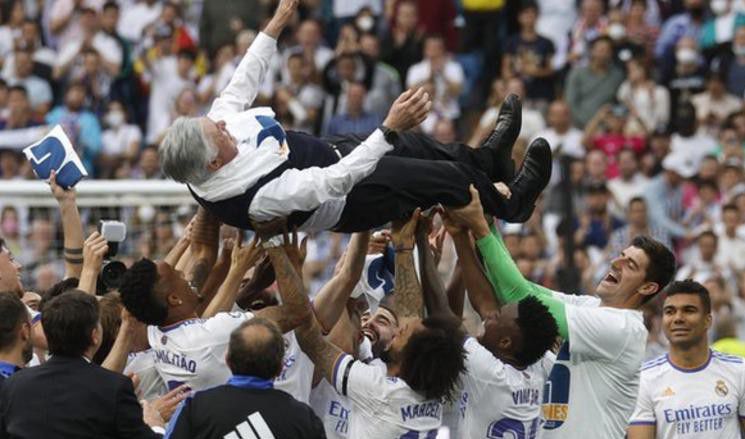 Carlo Ancelotti became the first manager to win the league in all five of Europe’s major leagues as Real Madrid beat Espanyol to win La Liga.

They are 17 points clear of second-placed Sevilla with four games to play.

Ancelotti has also won titles in Italy’s Serie A, France’s Ligue 1, the Premier League in England and the German Bundesliga.

Real needed only a draw to win the title, but victory was never really in doubt once Rodrygo stroked home from just inside the area.

The Brazilian doubled Real’s lead a minute before the break when he robbed Sergi Gomez of possession on the edge of the penalty area and fired low into the bottom corner.

Champions League semi-final against Manchester City in mind – came off the bench to sidefoot home from Vinicius Jr’s cutback.