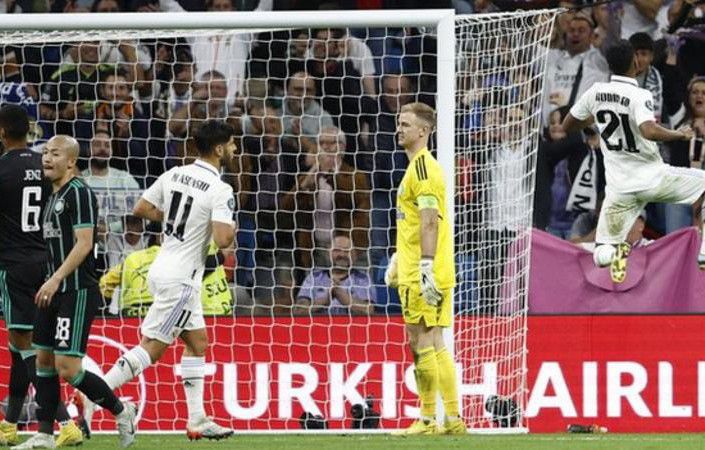 The Scottish champions were 2-0 down after 21 minutes as Luka Modric and Rodrygo converted penalties awarded for handball in a brutal opening.

Josip Juranovic then missed a spot-kick for Celtic, and that seemed a distant memory when Marco Asensio, Vinicius Junior, and Federico Valverde made it a rout for the defending champions, even though Jota netted a late free-kick.

Carlo Ancelotti’s side turned on the style in the second half against an increasingly tired and open Celtic, who finish bottom of the section with two points and no wins in their six matches.

Real, though, march on in their quest for a 15th European title having earned the win that guarantees top spot in the group.