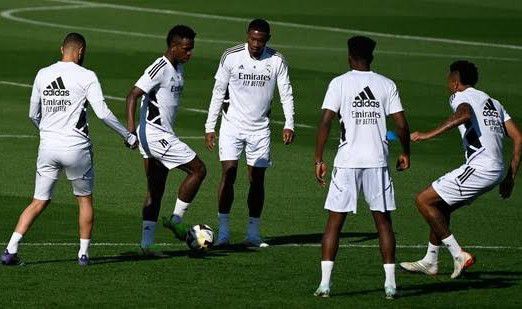 Thibaut Courtois will be absent from Real Madrid’s starting line-up for Sunday’s El Clasico but the club have confirmed Antonio Rudiger has trained in at least come capacity.

They battle Barcelona for top spot in LaLiga with both sides unbeaten as things stand and Carlo Ancelotti has been boosted by Karim Benzema’s recent return from injury.

A late decision will be made on Courtois as he attempts to feature having been suffering from a static nerve problem recently, with Andriy Lunin on standby.

Rudiger put his body on the line to secure a dramatic equaliser against Shakhtar Donetsk and faces a fitness test, though Ancelotti is well-stocked defensively.

Eder Militao and David Alaba are available in central areas, with Ferland Mendy on the left.