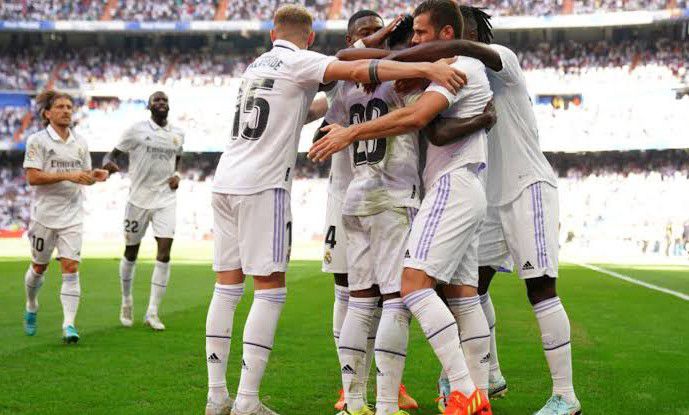 A meniscus injury suffered against Celtic will keep the French striker out until after the international break.

Although Los Blancos had few issues in front of goal without him as they dispatched Mallorca 4-1 on the weekend.

Centre-back Militao is back in training and eyeing a return on the weekend in the derby against Atletico Madrid.

Lucas Vazquez completes Real’s absentee list for the Champions League fixture at the Bernabeu having picked up a muscle problem against Mallorca that will keep him out for up to three weeks.

Goalkeeper Luis Lopez, midfielder Carlos Dotor and defender Marvel have all been called up to the 21-man matchday squad by Carlo Ancelotti which also features Alvaro Odriozola upon his return from injury.

Eden Hazard could continue as the central attacker amid competition from Mariano Diaz with Dani Carvajal and Luka Modric pushing to return from the bench.