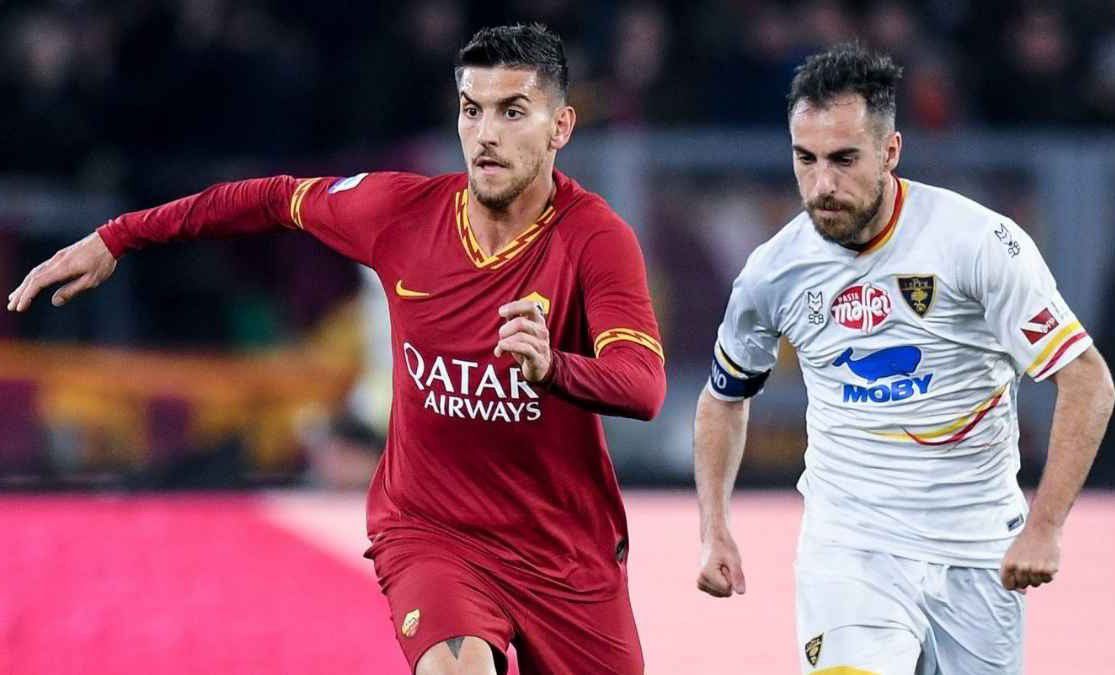 Chris Smalling continued his recent heroics when he gave Roma the lead after just six minutes.

The challenge was initially deemed only a foul, but VAR upgraded it to a red.

Roma battered the visitors after that but couldn’t extend their lead.

In the 39th minute, Lecce got an unexpected equaliser when Gabriel Strefezza scrambled home a loose ball after a short-corner routine.

Jose Mourinho introduced Tammy Abraham at half-time and the England striker won a penalty within a minute of coming on.

Paulo Dybala converted the spot-kick to restore Roma’s lead, but suffered a thigh injury in doing so and had to be withdrawn.

Lecce defended desperately and countered gamely, but Roma were never really threatened and held on for a comfortable victory.