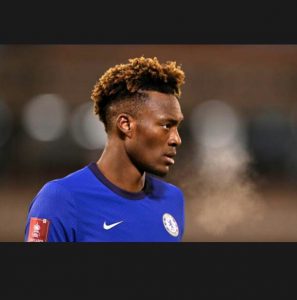 Roma have joined the race to sign Tammy Abraham amid Inter’s interest in their striker Edin Dzeko.

Inter are looking at Dzeko as a potential replacement for Romelu Lukaku, who is set to join Chelsea in a deal worth £98 million ($135m).

And, if Roma do lose their star forward, they’ll look towards Stamford Bridge for a replacement as they eye a potential deal for Abraham.

Roma aren’t the only club looking to sign Abraham this summer, as Arsenal and Atalanta are also interested

Atalanta’s interest stems from the potential loss of Duvan Zapata, another player linked with the role of Lukaku replacement at Inter.

Arsenal, meanwhile, are also said to be interested, but Abraham’s final landing spot remains unclear as clubs are reluctant to pay the £40m ($55m) asking price demanded by Chelsea at the moment.