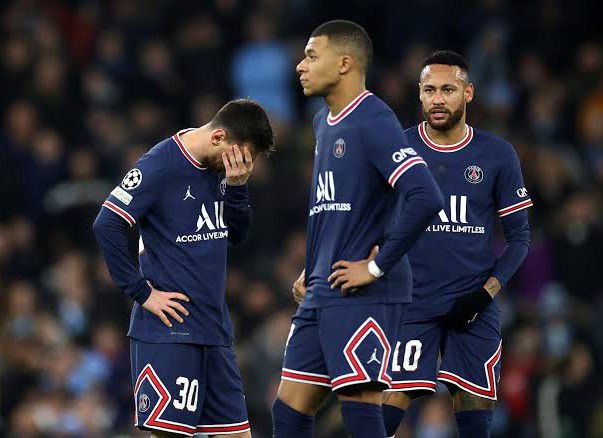 Former PSG Star Ronaldinho knows what it’s like to be a star player at Paris Saint-Germain, even if he was at the Parc des Princes during a different era.

The Brazilian has taken some time to discuss the current forwards at the club,

going through the situations of Lionel Messi, Neymar and Kylian Mbappe.

Read Also: Fabregas: The Whistles For Messi? PSG Have Never Had A Player Like That In Their Lives

Ronaldinho said during an interview with RMC:

“Those of us who have played the game know what it’s like when you change club,

so there’s a need to give Messi time and things will come naturally.”

“Everything changes, from communication to the style of play.

“He’ll be back to doing great things again soon.”

Ronaldinho thinks Neymar should be respected too and he discussed the way his fellow Brazilian was recently whistled by fans.

“He is one of the best players in the world and wins something every year in Paris.

“In Brazil, he is our star and our leader and people seem happier with him than the PSG fans.

“I can’t stand [that they whistle him]. People have their different opinions and different ways of thinking, but I don’t focus on that.”

“He is a player who you want to watch. He is strong and good at dribbling and quick. He is young and complete.

“He reminds me a little of Nicolas Anelka.”

He was also asked about Mbappe’s future, with the forward expected to join Real Madrid this summer.

“He is the one who’ll decide where he goes, that’s for sure,” Ronaldinho stated.

“He could stay, but he’ll make that decision.

“I know he has the ability to fit in anywhere. I hope he makes the right decisions.”