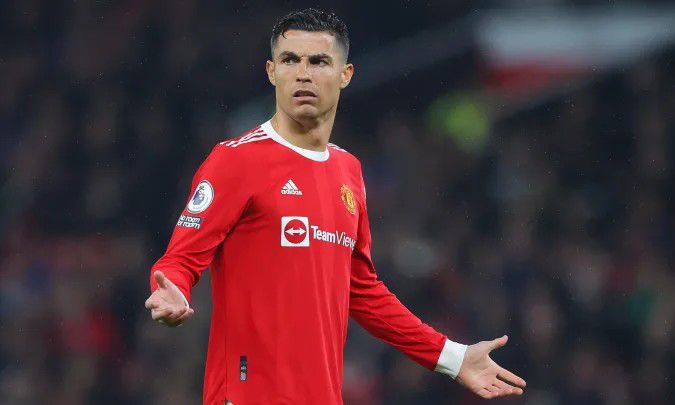 Cristiano Ronaldo has been ruled out of Manchester United’s final game of the Premier League season with a hip injury.

The Red Devils haven’t played since their shocking 4-0 loss to Brighton a fortnight ago and are now only two points clear of seventh-placed West Ham with one match remaining.

David Moyes‘ Hammers can move above Man Utd and into the final Europa League spot if they win and Ralf Rangnick’s men draw or lose at Palace, which would condemn them to Europa Conference League football next season instead.

The Athletic report that United will have to make do without Ronaldo however as he has picked up a hip flexor problem.

Paul Pogba, who will leave the club when his contract expires next month, will also miss out after failing to overcome a calf injury.

Man Utd have won just one of their last five games as their push for a top-four finish faltered down the final stretch of the season.

Ronaldo’s return has been a saving grace in an otherwise forgettable season for United fans,

Nevertheless, it’s been a terrible campaign for Man Utd who have now gone five seasons without winning a trophy.