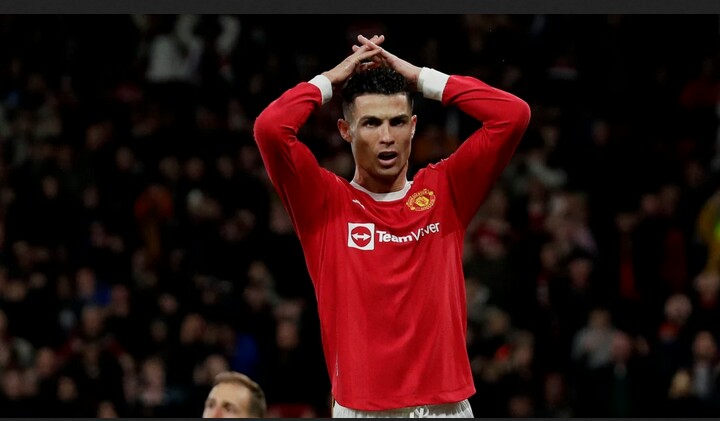 Cristiano Ronaldo’s ‘homecoming’ campaign at Manchester United will now definitely not end the way he had hoped after Champions League elimination at the hands of Atletico Madrid.

Manchester United were never expected to go all the way in Europe this season,

but getting knocked out in the last 16 with a 1-0 defeat at Old Trafford was as much symbolic as anything else.

The Premier League title is laughably out of reach, the FA Cup is gone and even Carabao Cup ambitions ended months ago

– that trophy was eventually won by Liverpool.

For Ronaldo personally, 2021/22 will be the first time he has ended a season without a trophy for 12 years.

The last season he won no silverware at all was his very first at Real Madrid back in 2009/10, more than a decade ago.

In his entire career of 20 seasons and counting, this will be just the third in total that has failed to yield at least one trophy of some description.

The only other is the 2004/05 campaign, one of his earliest during his first spell at Manchester United.

Even as a 17-year-old at Sporting CP, Ronaldo was part of a squad that won the Portuguese Super Cup.

Hope that United were finally ready to challenge the likes of Manchester City and Liverpool in the Premier League this season were stoked when Ronaldo made his sensational return in August.

– albeit not actually winning one – and was boosted by additions of Jadon Sancho and Raphael Varane before the five-time Ballon d’Or winner walked through the door.

Even at 36, now 37, Ronaldo remains one of the best players in the world – he showed that with the nature of his performance just last weekend with a hat-trick against Tottenham.

But having been billed as the final piece of the puzzle.

He has often been unfairly painted as a problem in the months since and has been powerless to prevent the ground underneath him from crumbling.

It has been rumoured that Ronaldo, while aware that United were no longer at the level he knew when he left in 2009,

has been surprised by just how far standards have been allowed to fall.

Whether he will ever have the chance to win with United again as he had hoped now remains increasingly in doubt as his career ticks ever closer to its end.

But with another major squad rebuild seemingly necessary to make it a possibility, his time may end up running out.