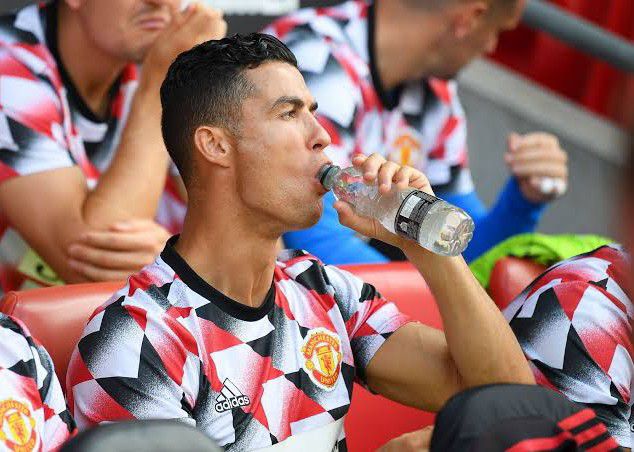 Roy Keane has accused Manchester United of ‘disrespecting’ Cristiano Ronaldo and warns the situation ‘is going to get ugly’.

Ronaldo was left on the bench as United were hammered 6-3 by Manchester City at the Etihad Stadium on Sunday.

After the match, Erik ten Hag explained that he did not want to ‘disrespect’ Ronaldo’s career by bringing him on at half time with United already 4-0 down.

But Keane has hit back at Ten Hag’s comments and insists United should have allowed Ronaldo to leave Old Trafford before the summer transfer window closed.

‘I think Manchester United are just showing disrespect to Ronaldo.’

‘I think he should’ve been let go before the transfer window [closed].

‘I think the manager holding onto him, okay, you say you need options, but if you don’t hold onto Ronaldo to sit on the bench.

‘He’s one of the greatest players ever, he had options, this idea that he had no options is rubbish.

He did have options, four or five very good options.

But generally speaking, the bigger picture, he’s not going to play Ronaldo, we know that.

He’s played in one or two European games, it’s just going to get uglier as the season goes on.

‘Okay, Ronaldo’s motivated with the World Cup coming up.

But if he’s sitting on the bench for Man United week in week out, it’s not good. It’s just going to get ugly.

‘I think United have shown nothing but disrespect to Ronaldo, they should’ve let him go when the opportunity came.

‘He did have options, I know that for a fact, and holding onto him to sit on the bench I think it’s ridiculous for a player of his stature, for Man United to just keep him [on the bench].

So what if you’re 4-0 down. If you look at his goalscoring record, he has as good a chance as anyone of putting the ball in the back of the net.

‘People obsessed with the pressing side of the game… if you put the ball in the right areas, he’ll score goals.

‘I’m not saying the manager should be getting rid of players and then he’s short but Martial was always going to be coming back,

he wasn’t going to be short, and Rashford’s started the season well, but you don’t keep Ronaldo with his track record to sit on the bench, it’s disrespect, 100 per cent.

‘Ronaldo, the most natural thing in the world, is that he’s going to get frustrated.

They’re going to be in tomorrow, he’s going to have to train with the other lads [who haven’t played], which is fine, that’s the deal.

If everyone’s fit it’s clear Ronaldo will not be starting games for Man United. He’s waiting on a few injuries to get an opportunity.

‘That’s where the trouble might be ahead, when you start disrespecting players like that, there’s trouble ahead, I think.

‘Ronaldo will be motivated playing the odd game because of the World Cup, of course.

He’ll be looking at his legacy, his brand, his pride. He wants to play, you can just see him in the warm-up today, he’s sitting on the bench and he’ll be hurting badly.

Despite what he’s won in the game, and he’s won a few big prizes, let me tell you, he did not come back to Man United to sit on the bench during a derby game.

‘When it was suggested to him that other United players struggled to make an impact with Ronaldo in the team, Keane replied:

‘That’s their fault, not Ronaldo’s. I’ve never had a problem playing with a striker who scored 20, 25 goals.

I don’t care if they never ran back. We’re criticising Ronaldo because he’s scored goals.

‘It will get ugly and deservedly so because Man United had a chance to let him go but they held on to him knowing he was going to sit on the bench.

The player deserves more than that.’