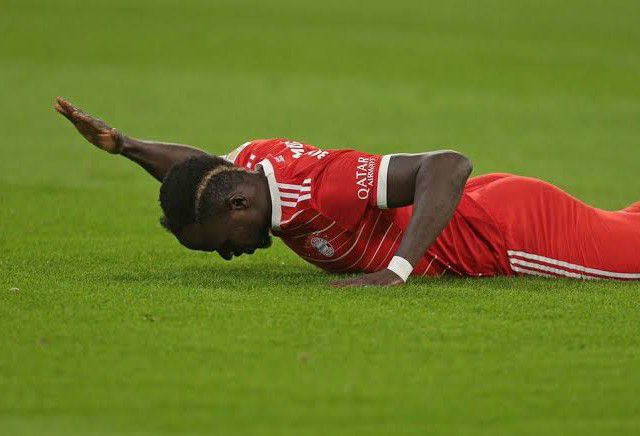 Former Liverpool star Sadio Mane has been ruled out of the 2022 World Cup due to a leg injury, confirmed by Senegal.

Mane emerged as a doubt for the early stages of the tournament on account of an injury to his right fibula, but was selected in the hope he would be fit to play after the “first games”.

On Thursday evening the Senegal team doctor, Manuel Afonso, announced he would not be able to recover from the injury in time, and will therefore withdraw from the squad.

“Unfortunately, today’s [Thursday] MRI shows us that the improvement is not as favourable as

we imagined and unfortunately we have to withdraw Sadio mane from the World Cup.”

Mane sustained the injury in Bayern Munich’s 6-1 win over Werder Bremen in the penultimate round of Bundesliga games before the tournament in Qatar.

He was substituted after only 20 minutes, and the club diagnosed an injury to the “head of the fibula bone in his lower right leg” the next day.

Mane has scored 30 goals in 93 appearances for his country, and the news of his absence will

come as a significant blow for the continental champions, who would have been hopeful of escaping Group A.

Senegal face a tricky opening fixture against the Netherlands on Monday, before facing the hosts Qatar and wrapping up their group stage against Ecuador.

for his country to win the Africa Cup of Nations for the first time in February, beating then-Liverpool team-mate Mohamed Salah’s Egypt in the final.

He scored the winning spot-kick against Egypt again two months later to send the Teranga Lions to Qatar.

While it is a huge blow to Senegal, Mane’s focus will be on his rehabilitation from injury.

Unlike the Premier League where players will be in action a shade over a week after the World Cup final.

Bayern Munich do not resume their Bundesliga season until January 20 when they travel to RB Leipzig.