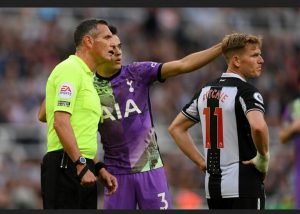 The Premier League clash at St James’ Park, which the visitors won 3-2, was suspended for 20 minutes as a medical emergency in the stands became apparent.

Spurs pair Reguilon and Eric Dier played key roles in making sure the match was stopped and the man swiftly received treatment.

Read Also: Andy Robertson Pleads With Jordan Henderson To Let Him Take Over From James Milner As Liverpool Vice-Captain 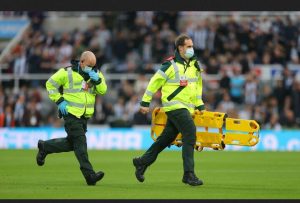 While Dier sprinted to the touchline to inform the bench and make sure medics, and a defibrillator, were quickly at the scene.

The game resumed after the fan was stabilised and taken to hospital. 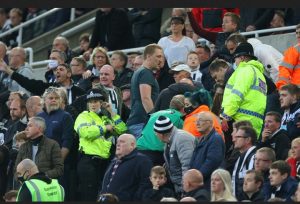 And the north east club confirmed later on Sunday evening that the person was stable and responsive.

Reguilon said to Sky Sports after the match:

“We heard the fans screaming,”

“I saw one guy lying down. I was very nervous.

I went to the referee and said, ‘We have to stop, we cannot play like this’.

Now, I think he is OK? That is more important than anything.”

After the game, the Spurs defender tweeted:

“Football is not the most important. Get well soon.”

“Yesterday we were opponents but above all we were human beings, thank you for what you did brother.” 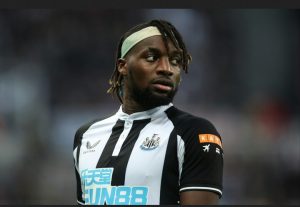 Yesterday we were opponents but above all we were human beings, thank you for what you did brother

Ex-Newcastle and Tottenham winger David Ginola, who suffered a cardiac arrest during a charity match in France in 2016.

He was at the match working as a television pundit, and urged everybody to get CPR training.

“[The incident] brings back some very weird memories,” the 54-year-old said in the Sky Sports studio during the stoppage.

“I have not been in the country for years and you have a heart attack in the stadium – it is a bit weird.

At the end of the day we should all be able to perform CPR to help each other.”