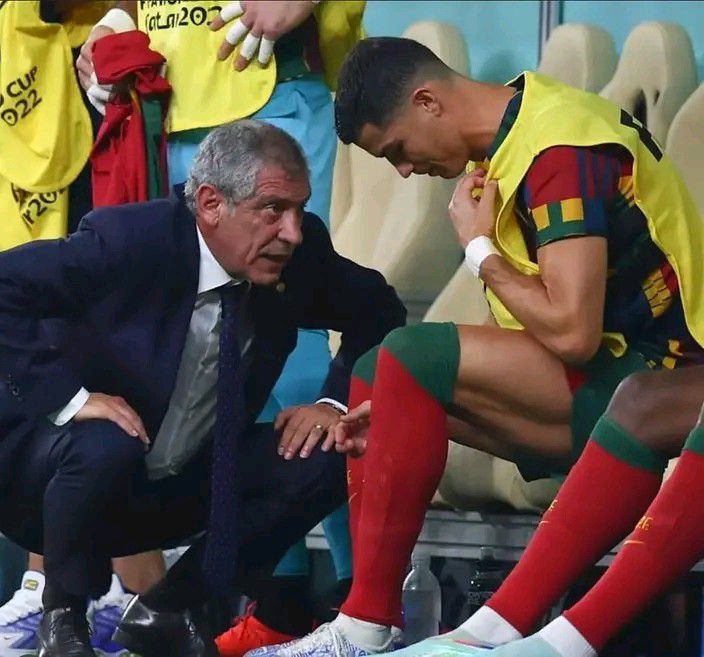 Fernado Santos has decline the rumours of having issues with Cristiano Ronaldo after left out on starting line-up against Switzerland.

Ronaldo, failing to start at a major tournament for his country for the first time since Euro 2008.

The Portugal boss has now made it clear exactly what happened between the pair on Tuesday.

Asked for his version of events, Santos replied:

‘Yes we did have a conversation and it would be very bad if we had not had this conversation.

Since I took the helm of the national team we talk and have a close relationship with the players, it’s normal and I’ve always done that throughout my career.

‘There are coaches who have a different approach, but that’s my approach, to talk to our players and to have a close relationship with them.

‘The conversation [with Ronaldo] needed to happen.

It’s part of our basis. I don’t do it with all the players [when they are dropped] but he is the captain of our squad and you know what he represents for Portuguese football and for the Portuguese people.

‘Naturally I needed to talk to him. When we had this conversation it was on the day of the match, after lunch.

I had not had any conversations with him before that, neither on Sunday or Monday.

The only conversation I had with him was on that day, the day of the game, and I explained why he would not play.

‘After lunch we met, I explained to him why he was not going to be one of the starters, because I did not want him to be surprised.

I invited him into my office and said, “Listen, you are not going to start, I think you’ll be very important but in terms of strategy it’s better for you not to be on the field.”

‘We expected that the game would be more difficult and I wanted to save him for the second half if need be.

I spoke to him naturally, as I always do with my players.

‘Cristiano for obvious reasons was not very happy about it, because he has always been the starting player – except for one or two games.

Obviously he was not happy and he told me, “Do you really think it’s a good idea?”

‘He has never told me that he wanted to leave our national team and as Joao [Felix] said, I think it’s high time we stopped with this conversation and stopped with the attacks.

‘Ronaldo was the one who started warming up with the players even though he knew he was not going to start.

He celebrated all the goals that were scored and at the end he was the one who invited the players to thank the fans.

So I think it’s high time for you to leave Ronaldo alone and acknowledge all he has done for Portuguese football.’

Portugal take on Morocco to book a place in the semi-finals on Saturday.