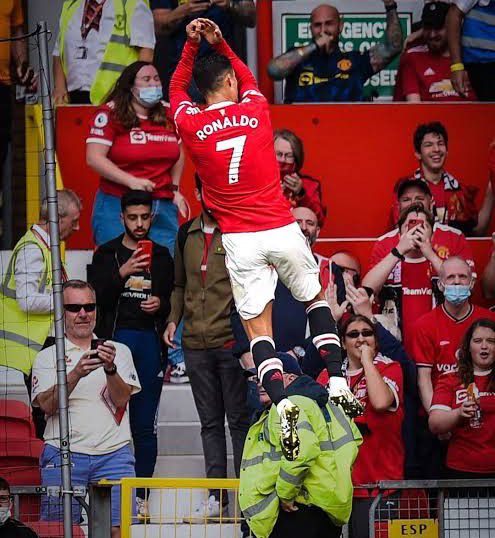 Former Manchester United Midfielder Paul Scholes  believes his old club should do the needful in winter transfer to find a replacement for cristiano ronaldo.

Manchester United break the news last week that the Portugal star, had been released with immediate effect.

The decision comes after Ronaldo, one of the greatest players of all time, gave a controversial interview to Piers Morgan in which he criticised Manchester United and said he had ‘no respect’ for Erik ten Hag.

Ronaldo completed a sensational return to Old Trafford in the summer of 2021 and scored 24 goals in 38 appearances last season.

United are one of a number of clubs who have expressed interest in signing PSV star Gakpo,

who has scored 16 goals this season, including three in three games for Netherlands at the Qatar World Cup.

Asked who United could sign as they plan for life without Ronaldo, Scholes told MUTV’s The Debate:

‘I think there’s a couple of forwards they might look at.

‘The kid at RB Leipzig that’s been linked with Chelsea, Nkunku. Centre forward is obviously the big position that needs filling.

‘We have Anthony Martial and Marcus Rashford who can both play there, but I think Marcus prefers being out wide and Antony’s injury record isn’t great.

‘January might be too soon [to replace Ronaldo], they’re probably looking at next summer now, but I do think there are players out there.

‘The lad at PSV – Gakpo – is doing really well for Netherlands at the World Cup and I think Ten Hag has been really interested in him before.

‘There’s players out there for sure. January can be a tough window to do business but I hope we can do something and bring in a new centre forward.’

Ronaldo wanted to leave Manchester United last summer after the club failed to qualify for this season’s Champions League.

The Portuguese legend did not get his way and has endured a turbulent few months at Old Trafford, culminating in an explosive interview with TalkTV presenter Morgan.

‘It was probably the right time. I think we could have come to the decision without so much stress.

‘But you’re talking about the biggest club in the world and probably the biggest player ever so there’s always going to be that spotlight on them both.

‘We look back now and it’s best for both parties.

Ten Hag will be happy, it gives him that bit of breathing space now because he hasn’t got that superstar he has to deal with and he concentrate on the players he’s got.’