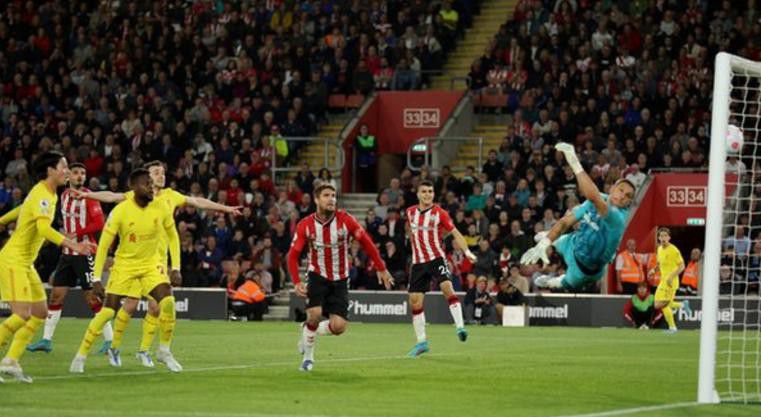 Liverpool defeated Southampton to ensure the Premier League title race will go to the final day of the season.

Joel Matip scored a second-half winner, looping in a header after the Saints failed to cleared a left-wing corner.

Read Also: The African Boycott Of The 1966 FIFA World Cup

• The Tragedy of Emiliano Sala

Southampton had gone ahead when Nathan Redmond’s curled effort took a slight deflection, although Reds boss Jurgen Klopp was furious, believing Diogo Jota was fouled in the build-up.

Takumi Minamino equalised as he linked up with Jota and powerfully shot home.

are on 90 points, one ahead of Liverpool – and also have a better goal difference.

City will become champions if they beat Aston Villa at Etihad Stadium on Sunday,

while Liverpool need to defeat Wolves at Anfield and hope the leaders slip up in order to win their 20th championship.