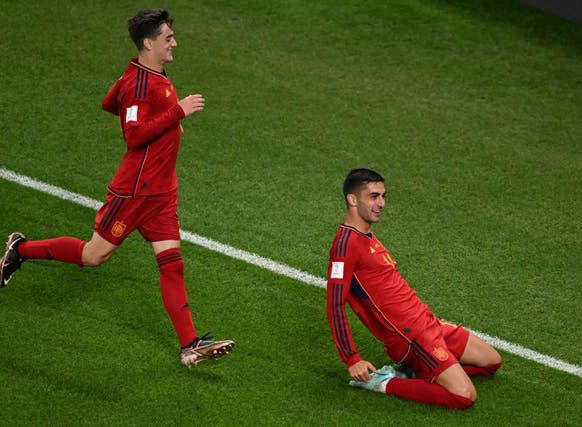 Spain rain 7-0 win over Costa Rica as Ferran Torres netted twice and Gavi made history in a dominant display.

Dani Olmo and Marco Asensio finished well before Torres dispatched a penalty during a first half in which Luis Enrique’s men boasted 84% possession.

Torres netted his second after the break, before 18-year-old Gavi dispatched a sweetly-taken volley to make it five.

The Barcelona youngster became the youngest Spain player to appear at a major tournament,

and his goal made him the country’s youngest World Cup scorer ever.

Carlos Soler came off the bench in the second-half and made it six with a goal of his own late on.

Alvaro Morata also scored as he made it seven.

The result sees Spain climb to the top of the group, ahead of Japan on goal difference, and they face Germany next on Sunday.