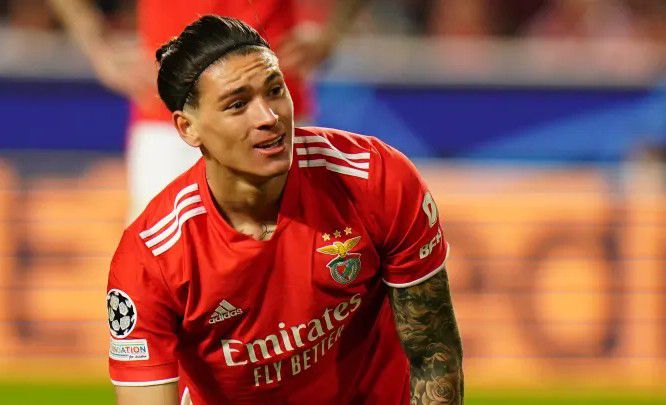 Barcelona had hoped to sign Darwin Nunez for just €8m back in 2020, but their offer was blown out of the water by Benfica and they refused to up their bid.

At the time, Nunez was plying his trade for Almeria in the Spanish second tier, netting 16 goals in 30 appearances during the 2019/20 season.

According to ESPN, these displays were enough to earn him interest from Barcelona as they searched for a long-term replacement for Luis Suarez.

The report states that former Barça sporting director Ramon Planes plotted a deal for as little as €8m.

Nunez would then return to Almeria on loan initially.

However, before they could sign on the dotted line, Benfica submitted an offer worth three times that.

Despite then-manager Ronald Koeman green-lighting the transfer, Barça were unwilling to match this bid and the Uruguayan ended up signing for the Portuguese giants.

spearheading their run to the Champions League quarter-finals.

This sparked a transfer tug of war this summer with Liverpool eventually winning the race for the forward by paying a club-record fee worth up to €100m.

With Barcelona on the lookout for a new striker this transfer window, they may be wondering what could have been with Nunez – something Suarez was keen to point out recently.

“They told me he was at Almeria and still very young, but instead of paying €100m [now],