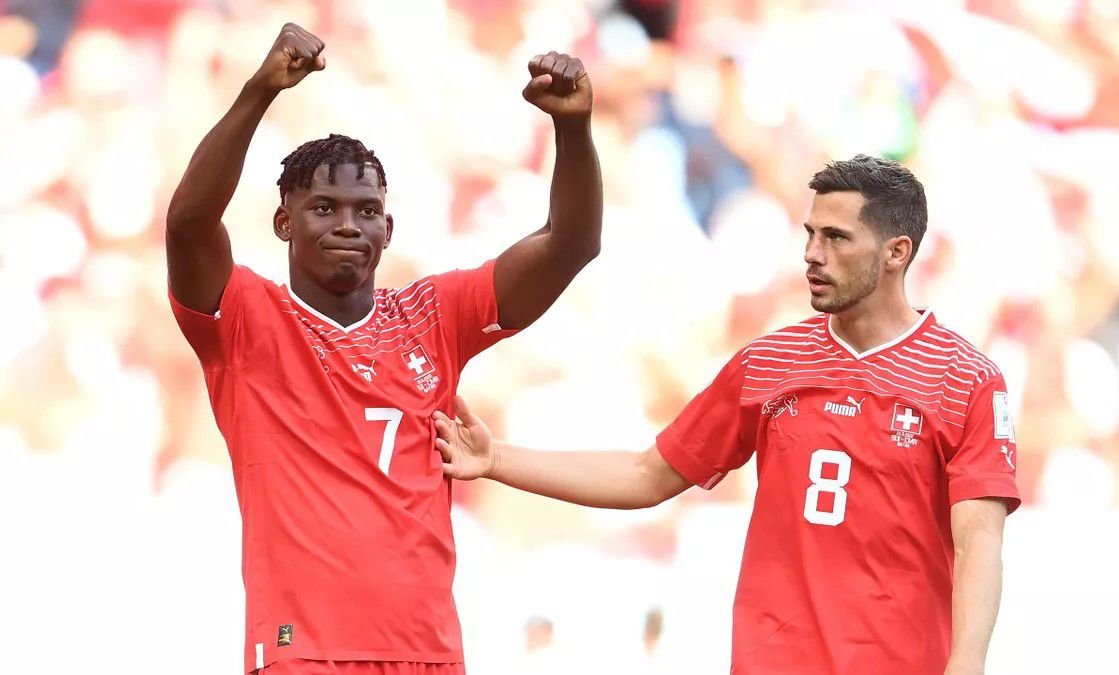 Breel Embolo scored the game’s only goal to give Switzerland a 1-0 win in their Group G opener against Cameroon.

The Cameroon-born striker broke the deadlock minutes into the second half after an end-to-end first half ended all square.

who had the better chances as Karl Toko-Ekambi and Eric Maxim Choupo-Moting wasted key chances.

After the break, Switzerland were quick out of the blocks again and took advantage this time as Embolo fired them ahead from close-range in the 48th minute.

It’s Switzerland’s sixth straight opening game at the World Cup without defeat, their last loss coming against Germany in 1966.