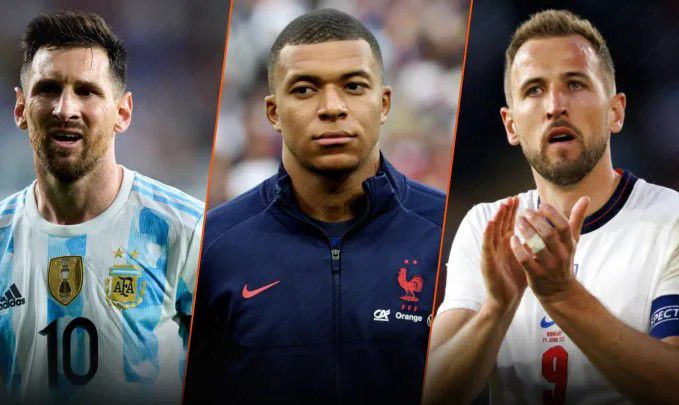 As all 32 participants at the 2022 World Cup now finalised, who’s going to win the whole thing?

Will France become the first team to win back-to-back World Cups since Brazil in 1962?

Who will be this year’s dark horses to keep an eye out for in the office sweepstakes?

Below are all 32 teams heading to Qatar – ranked on their chances of going all the way.

Weakness: They can’t just import Newcastle’s team to use like it’s an online FM save

Thanks for popping in, Saudi Arabia.

‘Let’s give it up for Qatar in their debut World Cup performance!’

Strength: They tend to do well at sporting world championships

Weakness: This isn’t one of those sports

Weakness: Apparently Bryan Ruiz is still knocking around? What’s that all about?

Not that Costa Rica’s team isn’t as good as that which so nearly reached the semi-finals in 2014, but three of the members from their most recent squad don’t have Wikipedia pages.

Tunisia have won just two of their 15 World Cup games as an independent nation.

Godspeed to the Eagles of Carthage.

Here’s hoping Iran are remembered more for their football at this World Cup considering they were actually quite good at the last one.

Strength: Rigobert Song will be in the dugout

Weakness: Infamous Tottenham duo Georges-Kevin Nkoudou and Clinton N’Jie will be on the pitch

Reckon Samuel Eto’o fancies coming out of retirement for a few weeks?

Does everyone have their Queens Park Rangers 2010/11 season reviews ready to watch?

Morocco are going to need some good ol’ fashioned ‘streets won’t forget’-ball to stand a chance.

Strength: None
Weakness: Many

The United States should probably treat this tournament as a prelude to the World Cup on home soil in 2026.

Doesn’t mean they should try and tank for a better draft pick here, mind.

Alphonso Davies and Jonathan David have some heavy lifting to do, but Canada are worthy of their spot at their first World Cup since 1986.

Strength: They’ll have revenge on their mind

Ghana vs Uruguay is on December 2. Book that day off for all the content.

If you’re looking for a dark horse, then Ecuador could be the team for you – they gave Brazil and Argentina a rough ride in qualifying.

Strength: The best anthem at the tournament

Wales qualify for their first World Cup in generations and obviously they have to play their closest neighbours.

Everyone desperately need to see Son Woong-jung as a pundit for this tournament.

To paraphrase the great Michael Owen, if Poland don’t score goals then they probably won’t win.

Strength: The undivided loyalty of everyone associated with Celtic

Weakness: The undivided hatred of everyone associated with Rangers

Strength: Their flag is a big plus!!!

Weakness: You’re not getting a weakness until you laugh at my joke

Switzerland are ranked 16th because they’re the most round-of-16 team ever.

Mexico are just the North American Switzerland with seven successive last-16 eliminations to their name.

Strength: Luis Suarez might scare the daylights out of Ghana

Uruguay have won six and drawn one of their seven games so far this year.

No need to check who they were playing, I can assure you they were the very best opponents out there. 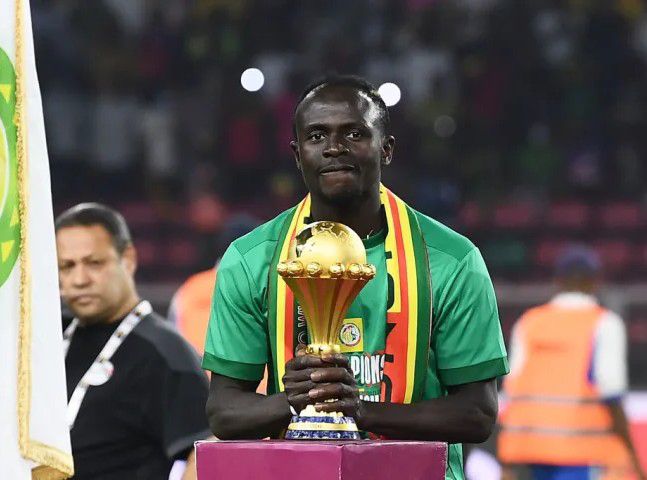 Weakness: Lasers won’t save them this time

Strength: Not many other sides can boast a Ballon d’Or winner

Weakness: Get over it lads that was four years ago

Belgium are still clinging onto their ‘golden generation’ the way a mid-table Premier League footballer clings onto their last locks of hair before getting a transplant.

Strength: You always have a chance with Cristiano Ronaldo in your team

Weakness: That worked so well for Manchester United

Any danger of using all of your amazing attacking options to play at the very least not terrible attacking football, Fernando Santos?

Weakness: Everyone bar Ansu Fati and Ferran Torres has 60 pace on FIFA

Will that translate to tangible success?

Weakness: They were rubbish at their last two tournaments

Hansi Flick’s Germany look rather formidable and are decent bets to make a deep run at the World Cup again.

Their lack of a centre-forward top could hinder them – it might be worth giving Miroslav Klose a bell.

Strength: This is an England-based site and I can place England however high I want

Weakness: The Welsh and Irish editors

England were probably going to rank in the top three until they lost 4-0 at home to *checks notes* Hungary.

The Three Lions have a great track record at recent tournaments and that should serve them well,

but there remain question marks over the ability to kill important games against teams on their level.

Strength: It’s in Brazil’s DNA to win this competition

Weakness: The possibility of Neymar attending a birthday party during the knockout stages

Richarlison is a good player but it is funny that the most decorated team in international football start an Everton player up front.

But the Selecao have one of the strongest cores possible and that should help free their attackers to do their thing.

Didier Deschamps‘ men have stumbled recently, but Kylian Mbappe’s ability to turn a match on its head instantly will be their get-out-of-jail-free card. 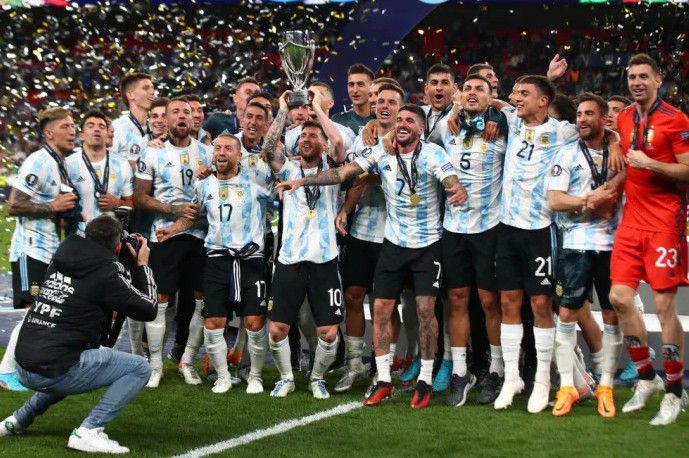 Weakness: Do the pre-tournament favourites ever usually win?

Argentina have looked formidable in the last couple of years, and Lionel Messi will have his eyes firmly set on finally leading his country to World Cup glory.

This is probably the most balanced Albiceleste team he’s played on.