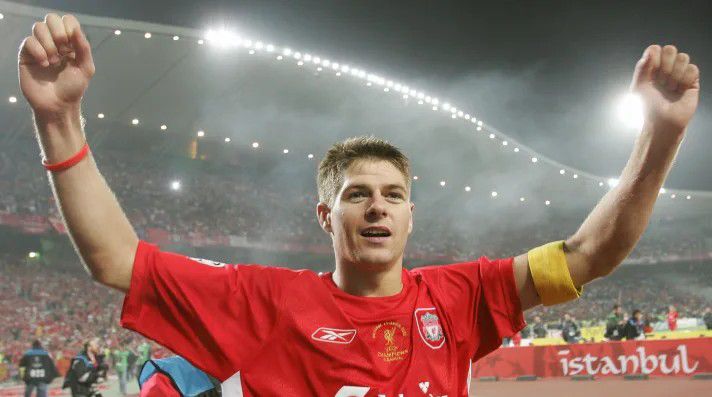 There’s nothing better in football than a team defying the odds and completing a famous comeback.

The more goals they overturn, the better, and bonus points if they have to triumph over additional adversity like injuries or red cards.

Games do not come much bigger than the Champions League final and the 2005 iteration was one of the most memorable ever.

Milan got off to a dream start in Istanbul with Paolo Maldini putting them 1-0 up inside a minute.

A quickfire brace from Hernan Crespo just before half-time then gave the Rossoneri a three-goal lead heading into the break.

Liverpool could have been forgiven for feeling a little dispirited sat in the changing room, but manager Rafa Benitez and captain Steven Gerrard whipped them back into shape.

Incredibly, three goals in just six second-half minutes leveled up the scores and sent the game to extra time.

Liverpool would win the final on penalties, completing what is now known as the ‘Miracle of Istanbul’.

The history of the Superclasico rivalry between Boca Juniors and River Plate is rich and storied.

Perhaps the most exciting derby ever took place in October 1972.

River eventually triumphed 5-4 in a nine-goal thriller that remains the highest scoring Superclasico in history.

That does not tell the whole story, though.

River went two goals to the good inside nine minutes, before Boca responded with three strikes of their own before the break.

They would then make it 4-2 in the second period and presumably thought they were home in dry.

River had other ideas, scoring three without reply to clinch victory. What a rollercoaster.

We’ve already discussed one ‘Miracle’ in an European capital and it’s now time for another.

The 1954 World Cup final has been dubbed the ‘Miracle of Bern’ in Germany, not just because they were so unfancied against Hungary but also due to the manner of the victory.

Everyone had seemed to be going to plan for the ‘Mighty Magyars’.

They were soon 2-0 up courtesy of goals from Ferenc Puskas and Zoltan Czibor but things started to go wrong quickly.

Just 10 minutes after Hungary’s second goal Germany had pegged them back and six minutes from time Die Mannschaft found a scarcely believable winner.

Hungary’s 1954 side remain one of the best losing finalists in World Cup history.

The 2010 Africa Cup of Nations was a huge moment for hosts Angola – a country that has endured a traumatic recent past.

Expectations were sky high for the tournament’s opening game and they were soon in dreamland when Flavio struck twice late in the first half against Mali.

The 45,000 in attendance could then barely believe their eyes when two penalties seemingly sealed victory late in the second period.

However, Mali were in no mood to be compliant guests. 11 minutes from time Seydou Keita netted what looked like a consolation…

Any team at any level really should not be throwing away a four-goal lead in the second half,

which makes a Germany side at the peak of their powers doing exactly that all the more astounding.

An early Miroslav Klose brace in a World Cup qualifier against Sweden in October 2012 got Joachim Low’s team going,

while Per Mertesacker and Mesut Ozil strikes gave them an ‘unassailable’ lead.

Sweden began a famous rally on the hour mark though, scoring three in quick succession to set up a blockbuster final 15 minutes.

It looked like they may fall slightly short but then, in the 93rd minute, a hero emerged in the form of Rasmus Elm.

All of the best comebacks have their own special name, and Le Remontada fits firmly into this category.

4-0 down from the first leg, Barcelona knew they needed a miracle to progress to the 2016/17 Champions League quarter-finals at the expense of Paris Saint-Germain.

Things admittedly began brightly with Luis Suarez cutting the deficit to three with a goal inside 180 seconds.

A Layvin Kurzawa own goal and Lionel Messi strike then gave Barcelona hope, before Edinson Cavani threw cold water on the occasion on the hour.

And that was that surely? Not exactly.

In some of the unforgettable scenes in Champions League history, Barcelona netted

twice to at the death to level things up on aggregate, before Sergi Roberto’s 95th minute clincher overturned the away goals rule and sent Barca into the final eight of the competition.

Charlton and Huddersfield Town are not two teams known around the world but during the 1957/58 season the pair combined to produce sporting pandemonium.

Charlton were reduced to ten man early on after their captain Derek Ufton was forced off with injury in the days before substitutes were permitted.

Unsurprisingly, this allowed Huddersfield to romp into a 5-1 lead with 27 minutes left.

Charlton forward Johnny Summers was not willing to lie down and take this beating, though.

After John Ryan made it 5-2, Summers struck four times – yes, four – without reply to level up the scores.

The Addicks weren’t done there either. Nope, with one minute left Ryann pounced to complete a dreamlike turnaround.

Arsene Wenger witnessed a lot of drama during his lengthy tenure as Arsenal manager, but nothing quite as extraordinary as this.

A superb first-half display put the Gunners four goals up heading into the break at St James’ Park,

with Theo Walcott and Johan Djourou both scoring while Robin van Persie helped himself to a brace.

Arsenal’s procession was then knocked off track by Abou Diaby being dismissed five minutes after the restart, as this gave Newcastle the hope they required to get back into the contest.

Joey Barton pulled one back from the spot with 22 minutes left and Leon best then bundled one in to set up a grandstand climax.

First, Barton netted another penalty, which set the scene for Cheick Tiote’s crowning moment – a 30-yard screamer which earned the Magpies a point. Wow.