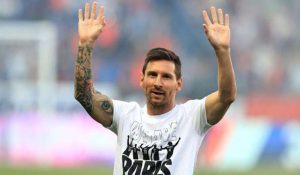 Paris Saint-Germain will take on Manchester City in one of the biggest early draws of the Champions League group stage,

while holders Chelsea will face Juventus and Barcelona and Bayern Munich will also square off following today’s draw in Nyon.

The draw so far