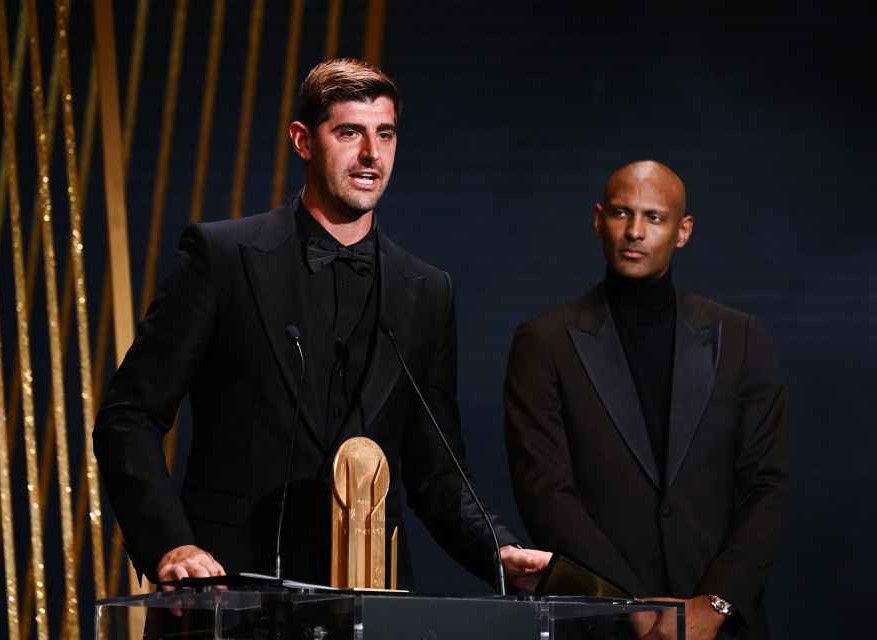 The 30-year-old made 52 appearances across all competitions for Los Blancos last season, conceded 46 goals and kept 22 clean sheets.

It is the first of its kind for the Belgium international, with Liverpool’s Alisson and

Gianluigi Donnarumma of Paris Saint-Germain previous winners in 2019 and 2021, respectively.

Courtois, who also helped the Spanish champions to win LaLiga and the Champions League last season, has not featured for Real in

recent weeks due to a sciatica problem, with Andriy Lunin deputising during his absence.

He beat Alisson, Ederson and Edouard Mendy of Liverpool, Manchester City and Chelsea respectively to the prize.

while Manchester City won the prize for best club for having the most nominations across the categories, beating Liverpool and Real Madrid.

Barcelona starlet Gavi won the Kopa Trophy for the best player under the age of 21, beating Eduardo Camavinga and Jamal Musiala to the prize.