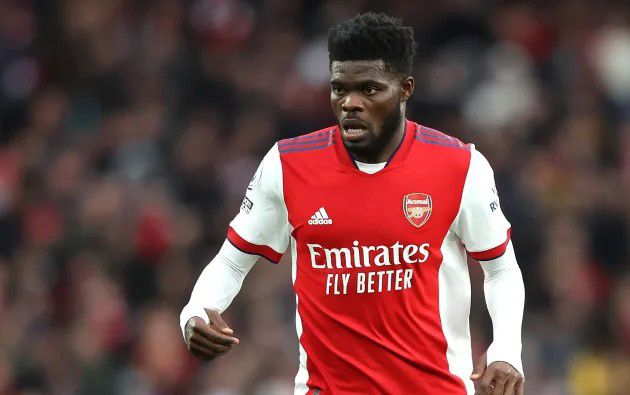 Arsenal have confirmed that midfielder Thomas Partey will be sent to see a specialist after scans confirmed he had damaged his thigh.

The Ghana international was forced off late in the 3-0 defeat over Crystal Palace, bringing an abrupt end to what had been an impressive run of form.

With around six weeks left of the season, Partey faces a race against time to make it back and

play a significant role in the Gunners’ push for a spot in the top four, which looks set to go down to the wire after Tottenham leapfrogged them on goal difference at the weekend.

“Our No. 5 was substituted during Monday night’s game against Crystal Palace at Selhurst Park after aggravating his right thigh,” an Arsenal statement read.

“Thomas has since received further assessments, and a subsequent scan has shown muscle damage to his right thigh.

“We will continue to assess Thomas in the coming weeks, during which time he will also receive further specialist consultations.

“Everyone will be working hard to get Thomas back on the pitch as soon as possible.”

Manager Mikel Arteta is already without left-back Kieran Tierney, whose season looks to be over after he was sent for knee surgery.

While the Scot has not been formally ruled out for the campaign just yet, the chances of him making his return before the summer are incredibly slim.