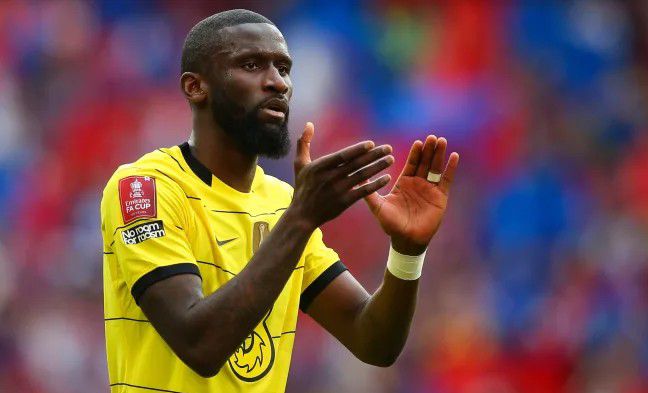 Chelsea manager Thomas Tuchel has confirmed that Antonio Rudiger intends to leave the club at the end of the season when his contract expires.

Talks with the German centre-back, who has been most heavily linked with a free transfer to

Real Madrid, have been unsuccessful and Rudiger has already informed Tuchel he plans to go.

Behind the scenes, Chelsea have been resigned to losing Rudiger for some time,

disparity between his demands and what the club was willing to offer led to an early acceptance that a parting of ways would be the final outcome.

“Toni, the media is on it,” Tuchel told Sky Sports after Chelsea’s narrow win over West Ham.

“The situation is that he wants to leave the club. He informed me of this is in a private talk.”

Sanctions brought against Chelsea owner Roman Abramovich in recent weeks made things more difficult, with the club restricted under a special license.

Even though contract talks had not yielded an agreement in several prior months, it has proven to be the final straw.

“We gave everything – me and the club – but we could not fight anymore because of the actions.

Without the sanctions we would at least be able to carry on fighting, but out hands are tied.

We don’t take it personally. It is his decision,” Tuchel explained.

“He is a key figure and will stay that way until the end of the season.

But it is disappointing. We will miss him a lot.

He gives courage in the dressing room. The kind everyone is afraid of, but the kind to play 50-55 games at an outstanding level.

“He is a top defender in the last one and a half years for me.

We then need to find another solution.”

– the Dane is joining Barcelona, while captain Cesar Azpilicueta is another coming to the end of his deal.