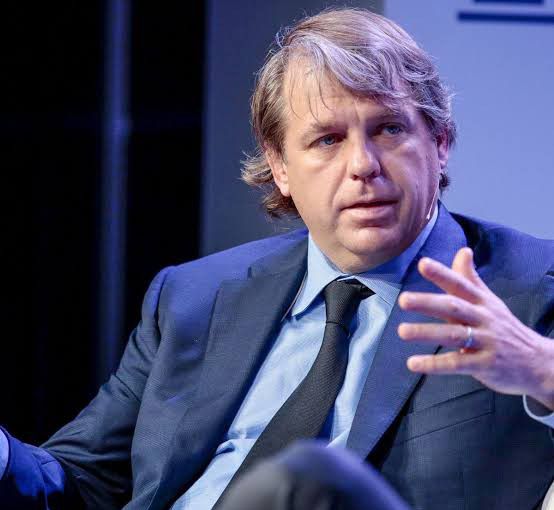 Chelsea have confirmed that a consortium led by Todd Boehly has now officially agreed a deal to acquire the club, marking the end of the race to buy out Roman Abramovich.

Chelsea confirmed the proceeds of the sale would be deposited into a frozen UK bank account,

“with the intention to donate 100% to charitable causes as confirmed by Roman Abramovich” – subject to Government approval.

Boehly’s group are also set to commit £1.75bn for the “benefit of the club”, which includes

proposed redevelopment of Stamford Bridge as well as investment in the Chelsea academy,

women’s team and Kingsmeadow in addition to continued funding for Chelsea’s charitable foundation.

The sale will now need to be signed off by the Treasury, with Chelsea adding that they expect it to be completed by late May.

Boehly’s group had been confirmed as the preferred bidder for Chelsea last week by US merchant bank Raine Group,

who had been handling the sale on behalf of Abramovich.

Abramovich moved to sell the club after 20 years in March following sanctions placed on him by the UK Government amid the invasion of Ukraine for his alleged links to Russian president Vladimir Putin.

He recently denied reports that he now wanted his £1.5bn loan to the club to be repaid, which would have thrown the sale into turmoil.

Instead, Abramovich reiterated his intention to donate the proceeds of the sale to a charitable foundation to help victims of the ongoing war in Ukraine.

who subsequently dropped out of the race before the deadline for final offers.

Ineos owner Sir Jim Ratcliffe made a last-gasp £4.25bn move for Chelsea last week, but it appears that offer came too late to provide a real challenge to Boehly.

Chelsea Football Club can confirm that terms have been agreed for a new ownership group,

Of the total investment being made, £2.5bn will be applied to purchase the shares in the Club

and such proceeds will be deposited into a frozen UK bank account with the intention to donate 100% to charitable causes as confirmed by Roman Abramovich.

UK Government approval will be required for the proceeds to be transferred from the frozen UK bank account.

In addition, the proposed new owners will commit £1.75bn in further investment for the benefit of the Club.

This includes investments in Stamford Bridge, the Academy, the Women’s Team and Kingsmeadow and continued funding for the Chelsea Foundation.

The sale is expected to complete in late May subject to all necessary regulatory approvals. More details will be provided at that time.