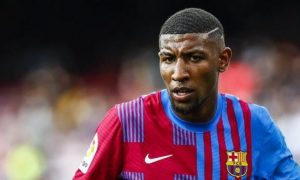 The 22-year-old has spent the past two seasons at Betis, scoring five goals in 79 games.

Emerson, who joined Barca from Brazilian side Atletico Mineiro in 2019, featured in Brazil’s run to the Copa America final this summer.

He will compete for the right-back slot at Spurs with Japhet Tanganga and Matt Doherty.

Emerson played more minutes than any other Betis player last season as they finished sixth in La Liga to qualify for the Europa League.

He has won four caps for his country since making his debut in 2019.