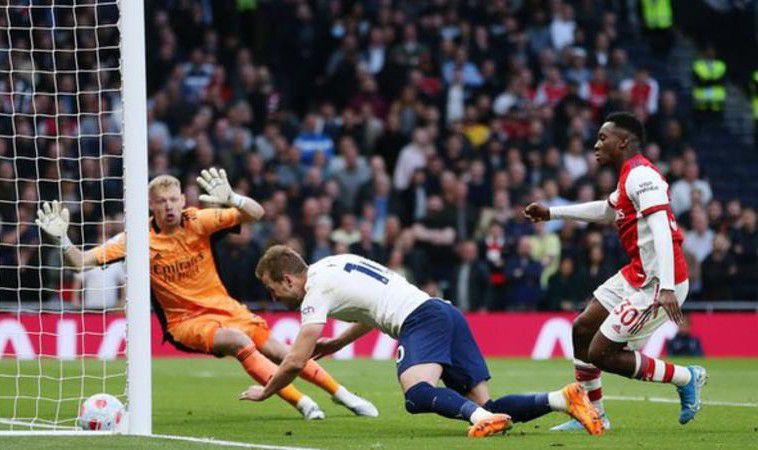 Harry Kane scored twice as Tottenham produced a stunning performance to beat 10-man Arsenal in the north London derby and move to within just one point of the Premier League top four.

Buoyed by boisterous home crowd, Kane got the ball rolling from the penalty spot early in the first half after Son Heung-min had been fouled inside the box.

Rob Holding was then sent off after receiving a second yellow card for a robust block on Son before Kane nodded in a second shortly before the break.

Son ensured there was no way back for Arsenal just two minutes into the second half when he blasted home from close range.

Emerson Royal, while Son lashed over with just the goalkeeper to beat.

Victory for Arsenal would have wrapped up a top-four finish but now they are just one point ahead of Spurs in fifth with two games remaining.