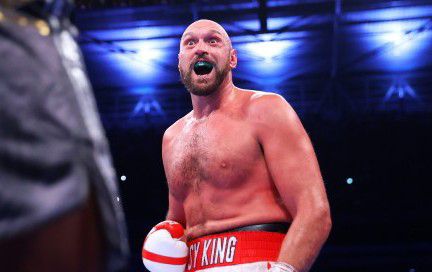 Tyson Fury has call off his much-anticipated showdown with long-time heavyweight rival Anthony Joshua will not happen after the younger Brit missed Monday’s deadline to sign the fight contract.

Although all parties had appeared confident that terms would be agreed just a few weeks ago,

Fury felt talks were dragging and gave AJ a deadline of 5pm on Monday to put pen to paper otherwise he would walk away from negotiations.

Joshua’s promoter, Eddie Hearn, had taken a dim view of Fury’s ultimatum – particularly given that they had a nine-day wait to receive the contract in the first place, partly owing to the death of Queen Elizabeth II.

Even the Gypsy King’s own promoter, Frank Warren, had played down his fighter’s comments and he met with Hearn on Monday, as well as broadcasters DAZN and BT Sport, to try and iron out a deal.

But Fury is adamant that the fight will not take place and is standing by his strict deadline,

calling out Joshua and claiming he will never give his compatriot another shot at the WBC heavyweight title again.

‘It’s gone past 5pm on Monday, no contract has been signed. It’s officially over for Joshua.

He’s now out in the cold with the wolf pack. Forget about it.

I always knew you didn’t have the minerals to fight the Gypsy King.

‘Regardless of what the f**k you say now, I don’t really care.

Good luck with your career and your life. End of. Peace out.’