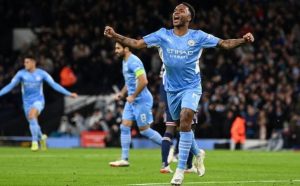 Manchester City came back from behind to beat Paris St-Germain and secure qualification for the Champions League last 16 – doing so as Group A winners.

City’s outstanding display reaped the reward it deserved, as they showed character as well as class after Kylian Mbappe swept PSG into a 50th-minute lead.

PSG’s superstar trio of Mbappe, Lionel Messi and Neymar were a sporadic threat but City carried the greater danger and this was a well-merited victory, putting them into the last 16 before they travel to face RB Leipzig for their final Group A game, which will be played behind closed doors.