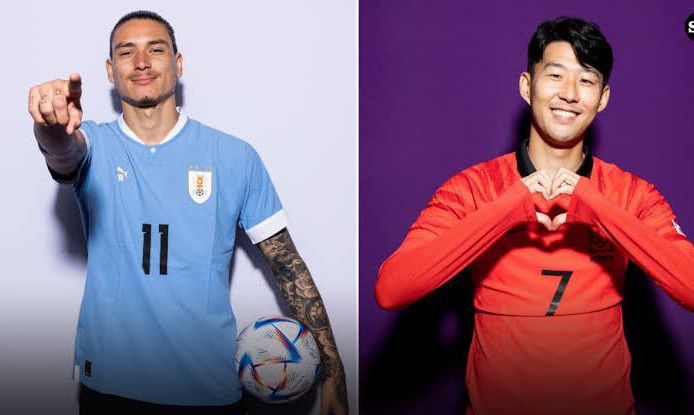 South Korea are hopeful that Heung-min Son will be fit to start their World Cup opener against Uruguay.

The Tottenham forward has been training in a protective mask after suffering a fractured eye socket at the start of November.

The player is keen to play and suggested ahead of the tournament that he would be willing to risk further injury to lead his nation.

Coach Paulo Bento said ahead of the game:

“Our hope is that he will feel comfortable to the greatest extent possible, and we will use the best strategies so that he can feel at ease.

“But he knows and we know that after this injury we cannot rule out any risk.”

Left back Kim Jin-su has been troubled by a hamstring injury for the last month or so, and is also a doubt for Bento’s side.

A lack of confidence in his other wide defensive options could therefore force Korea to consider switching to a three-at-the-back formation.

Uruguay: two-time World Cup winners, have heaps of experience in their 26-man playing party for the tournament in Qatar.

Ronald Araujo is their major injury worry – the Barcelona defender has not featured at club level for a couple of months, and reports suggest he could miss at least Uruguay’s first two games.

Diego Godin and Jose Gimenez could reunite in central defence while Rodrigo Bentancur,

Matías Vecino and Fede Valverde form part of one of the more balanced midfields at the tournament.

The forward line may feature two men who have called Liverpool home in Luis Suarez and Darwin Nunez.