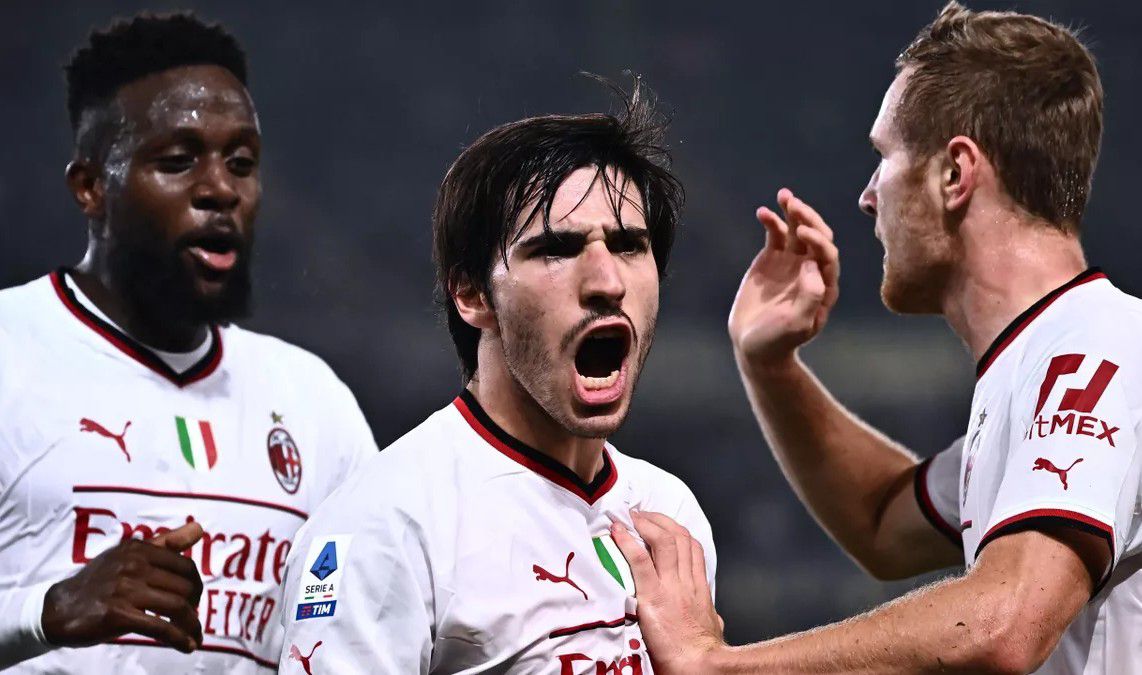 AC Milan were far from their best but Sandro Tonali’s late goal secured victory for them at Verona.

Milan went in front after nine minutes after a typical burst into the area from Rafael Leao and his flicked centre was deflected in off the chest of Miguel Veloso.

and deservedly got back on level terms when Koray Gunter’s effort was deflected past his goalkeeper by Matteo Gabbia.

and substitute Roberto Piccolo seeing his header come back off the bar.

With nine minutes remaining the Rossoneri sealed a victory, which lifts them up to third

in the table, when Ante Rebic slid a ball from the right flank perfectly in front of Tonali who calmly slotted home.