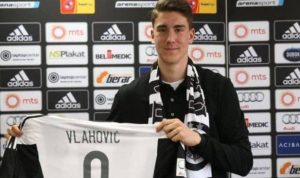 Former Fiorentina striker Dusan Vlahovic agent has used just four words to explain the striker turning his back on Arsenal.

Vlahovic also spoken openly and honestly about why he decided to sign for Juventus.

The Serbian international arrived in Turin on Friday morning to undergo a medical and rubberstamp his move from Fiorentina.

The 22-year-old, who was being chased hard by the Gunners, will earn €7m per season.

ESPN report that Arsenal are angry with the player’s representatives and believe their interest was used as a smokescreen by Vlahovic’s camp to get a move to Juventus.

It leaves the Gunners desperately hunting for a striker with Monday’s transfer deadline closing in.

As such, a report on Saturday morning claims Arteta wil either make an emergency plan – or face a staggering £75m bill.

Ultimately, it was Arsenal’s lack of Champions League football which resulted in Vlahovic snubbing their interest.

That is a competition he is desperate to prove himself in, with the Old Lady facing a round-of-16 clash with Villarreal next month.

Meanwhile, the striker’s agent has issued a simple response when asked why he was joining the Old Lady.

Read Also: Barcelona Are In Talks To Sell Camp Nou

Vlahovic has the happiest of birthdays
Explaining his reasons for signing for Juventus, Vlahovic admits he cannot wait to get started.

“Juventus represents pride, tradition, family. Juventus are always there until the last minute, they never give up,” former Fiorentina striker claimed.

“The team always comes first. I am at the disposal of the coach and my teammates, who I will try to help in the best way possible.

“We always want more, and we want to improve in the future.

Today is my birthday, which is really wonderful, a special day for me.

“This is one of the happiest birthdays I’ve experienced so far.

I want to make Juventus proud. We will always fight for all goals, as they say, fino alle fine!”

The FC Basel man was also being chased by West Ham – but he signs for La Viola for a fee of around €16m.

The move, confirmed by Fiorentina on Saturday morning, has seen Cabral sign a deal worth €1.7m per season in wages. 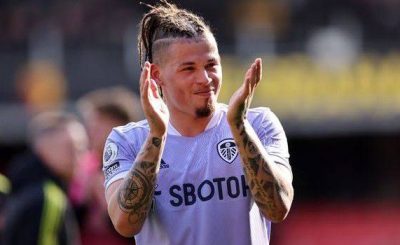