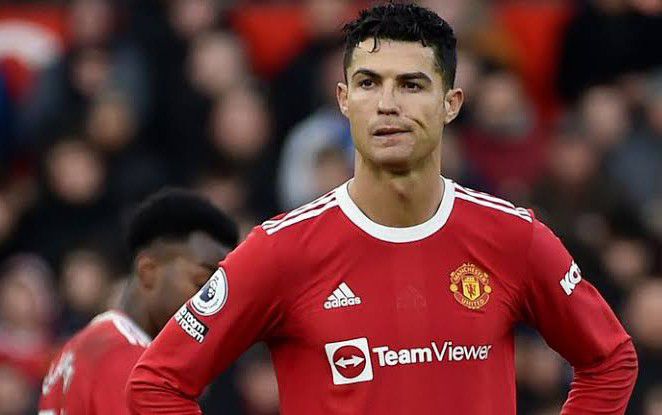 Wayne Rooney believes that Manchester United should get rid of Cristiano Ronaldo to build a side for the future.

The 37-year-old Portuguese striker wants to leave the club after their failure to qualify for the Champions League and the resultant pay cut.

He has been linked to Chelsea, Bayern Munich and both Madrid teams, as well as Napoli and Sporting Lisbon, with even Corinthians apparently keen.

However he remains at Old Trafford and could feature in their first match of the season due to Anthony Martial’s injury.

Rooney made his own transfer request while at Manchester United, and also made a second request if Alex Ferguson is to be believed,

and is now the manager at MLS side DC United.

Writing for The Times, Rooney said:

“It’s not that Ronaldo can’t play in a Ten Hag team.

He can play in any team. Ronny will always score you goals.

But my personal view is that United aren’t ready to challenge for the title now, so the aim has to be to build a team that can win the league in the next three to four years, and you have to plan for that.

“If the reports are true that Cristiano wants to leave the club, then United should allow him to go and get a No 9 in who is going to be there

for the next three or four years and really help them build a team that can be successful. Ten Hag has to be given time to do it.”

Manchester United have been linked with a number of potential replacements, including Red Bull Salzburg striker Benjamin Sesko, and Bologna forward Marko Arnautovic.