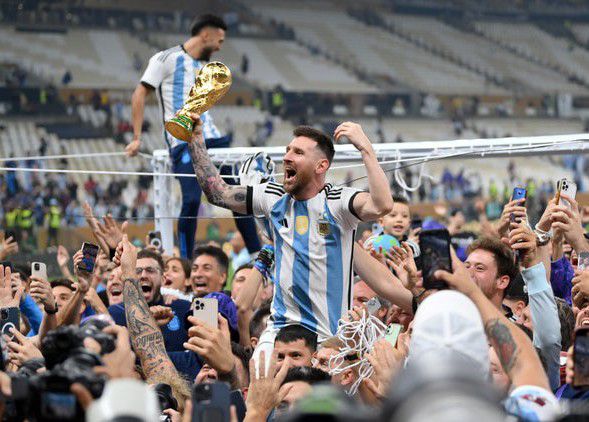 Lionel Messi has finally done it by winning a World Cup – but will it be the last one?

Last time out in Russia, there were rumours that it could be Messi’s last World Cup.

Messi confirmed after Argentina beat France that he does not intend to retire from international football, and Argentina coach

Lionel Scaloni said he held out hope of him playing in the United States, Canada and Mexico in four years’ time.

But Messi will be 39 in 2026 and has confirmed Sunday’s dramatic final against France will be his last World Cup match.

Asked if he thought this was his last World Cup match, the 35-year-old said: “As I’ve said before, it is.

“They (the fans in Argentina) should wait for us. We’re coming home to celebrate with them.

“We’ve done it. We couldn’t have asked for more.

I thank God for everything he gave me, for this outcome, for this trophy that I dreamt of, my team-mates and Argentina too. What can I say…we are world champions.”

Messi emulates Diego Maradona by leading Argentina to World Cup glory for the first time since 1986.

“I’m not going to analyse the match now, there’s no need,” he continued. “We were destined to be world champions and we are.

“The game developed as it did, but this is not the time for analysis, but for celebration.”