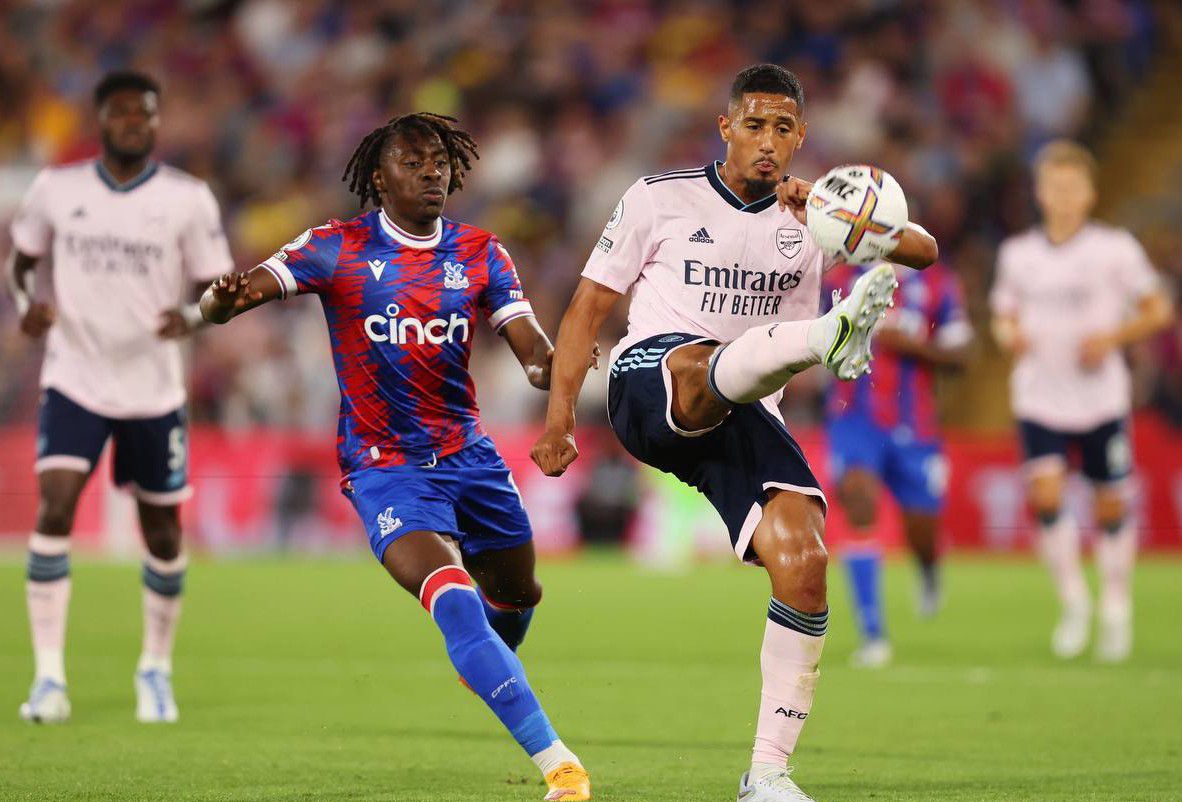 Arsenal defender William Saliba described himself as ‘so happy’ to have finally made his Gunners debut, starting with a clean sheet and win against Crystal Palace in Friday’s Premier League opener.

But he has spent the last three years out on loan at Saint-Etienne, Nice and Marseille,

playing 52 times in all competitions for the latter season and being named Ligue 1 young player of the year.

The centre-back had never played a competitive first-team game for Arsenal before walking onto the pitch at Selhurst Park but he looked every bit like he belonged there.

“It was very good because we start with a win and a clean sheet.

It was a tough game, but we won at the end, so very good.

“It’s very good when you start to have your first (chance) in this amazing club.

So I am so happy, and hungry for more,” the physically imposing Frenchman added.

“We knew it would be a very hard game, but we were prepared and we were focused.

It’s good for the confidence, it’s very good and I hope we will keep going like this.

We play as 11 and the players who came home, they gave their maximum.

“It’s a good team, when we play like this it’s very good.”

Manager Mikel Arteta was understandably delighted with what he saw from Saliba, especially in the circumstances of a potentially very tough game.

“For William, to ask him to come here in his first Premier League game away from home against this physical team is a big task and the way the boy played and the way he resolved every situation,

he deserves a lot of credit, and I will pat his back because he was superb,” Arteta said.

He’s really focused and determined to be a success here and he’s been very patient.

We’ve tried to explain and develop him in the right way and we’re really happy for him.”